A new proposal from the Centers for Medicare & Medicaid Services (CMS) to cut payments for radiation therapy treatments would cause many cancer centers to close, stop accepting Medicare patients, lay off support staff, and reduce services to cancer patients, according to a survey conducted by the American Society for Radiation Oncology (ASTRO).

On July 13, CMS announced in the Medicare Physician Fee Schedule (MPFS) proposed rule for 2010 proposed changes to Medicare policies and payment rates for physician services, including radiation oncology, that would cut payments to radiation therapy services by nearly 20 percent.

Medicare currently assumes that “costly” (in excess of $1 million) imaging machines, such as MRI and CT scanners, are used 25 hours per week (50 percent of the time that providers are assumed to be open for business).

Believed to be following the advice of MedPAC, CMS recalculated utilization rates for radiation therapy equipment used in freestanding cancer treatment centers at an assumed rate of 90 percent.

“Setting the equipment use factor at 25 hours per week—rather than at a higher level—has led to higher PE RVUs for these services,” MedPAC states in a March 2009 report. “Higher payment rates encourage providers with low expected volume to purchase expensive imaging machines. Once providers purchase machines, they have an incentive to use them as frequently as possible. Indeed, there is evidence that MRI and CT machines are used much more frequently than Medicare assumes. Medicare should adopt a normative standard in which providers are assumed to use expensive imaging machines at close to full capacity (45 hours per week, or 90 percent of the time that providers are assumed to be open).”

A new survey by dmrkynetec, commissioned by ASTRO, shows that Medicare’s proposed rate is “inappropriate,” according to Patricia Eifel, M.D., FASTRO, chairman of ASTRO and a professor of radiation oncology at M.D. Anderson Cancer Center in Houston.

“We are hopeful CMS will accept the findings of this independent research study and change its course regarding proposed cuts to radiation oncology. Otherwise, we are extremely fearful that these wrongful cuts will contribute to causing many cancer clinics to close or stop treating Medicare patients, denying many patients access to the care they need to fight cancer.”

To learn more about the proposed cuts and their impact, read ASTRO’s Equipment Utilization Study and other information about proposed Medicare cuts. 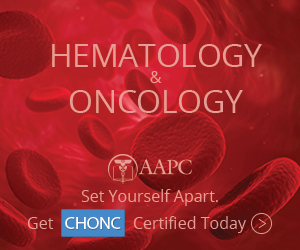