By Gail Donlin, CPC
About nine in 1,000 babies in the United States are born with a congenital heart defect. This problem occurs as the baby’s heart is developing during pregnancy. A baby’s heart begins to develop at conception, and it’s completely formed by eight weeks. Congenital heart defects happen during these critical first weeks of development. Specific steps must take place for the heart to form correctly. Congenital heart defects are often the result of one of those circumstances not happening at the right time. When the heart doesn’t form correctly there may be a hole where a dividing wall should have formed or a single blood vessel where two should be.
Mothers often wonder if something they did caused the heart problem, but the fact is in most cases there is no known cause or instance that attributes to the heart defect. These defects are often detected through fetal echocardiology.

A general obstetrics (OB) ultrasound is a routine detection of the overall health of a fetus and a part of good prenatal care. Fetal echocardiology is an ultrasound examination of a fetus’ heart while still in the mother’s womb. A fetal echocardiogram shows more than a general OB ultrasound.

Get a Closer Look with Fetal Echocardiology

A normal heart has four chambers. The atrium acts as a reservoir to hold the blood and release it to the ventricles. The right ventricle pumps blood to the lungs, cleans the blood, and gives it a fresh supply of oxygen. The left ventricle pumps blood from the lungs to the rest of the body. A fetal echocardiogram views these four chambers, and it goes beyond just looking. For example, it might be used to look at cardiac position, the axis, as well as organs in the abdomen. It scans each segment of the heart, starting with the veins that return into the heart and finishing with the arteries coming out of the heart.
The echocardiology techniques used may include the following:
2-D echocardiology: for visualizing the structure and motion of the heart. It enables the physician to see the heart at work.
Doppler echocardiology: for measuring the flow of blood through the heart’s chamber and valves. It can detect abnormal blood flow, which could indicate problems in the heart chamber or wall.
Color Doppler: for enhancing the Doppler. It helps to show the direction of the blood flow.

The detection of a heart defect may mean there is something else wrong in other areas. It would indicate that other tests may need to be performed to rule out other anomalies. It can determine cardiac problems early, such as arrhythmias, which can be treated right away before the baby is born. Early detection can give the mother the opportunity to have her baby born at a facility with a pediatric cardiac surgeon on staff who can deal with the baby’s problem immediately.
Congenital heart problems range from simple to complex. Some heart problems can be watched by the baby’s physician and some managed with medication. Other conditions may require surgery. As the incidence of congenital defects grows, so does the need for fetal echocardiology. It provides a valuable new means to better understand fetal growth and the development of the heart and great vessels. A prenatal diagnosis of heart disease and fetal arrhythmias are perhaps the most important insights provided by this tool.
Common indications for performing a fetal echocardiogram include the following:

Fetal echocardiograms are usually performed at about 18 to 24 weeks. A transducer (similar to a microphone) is placed on the mother’s abdomen and transmits and receives sound waves to generate real-time moving images of the fetus’ heart. Generally, it is painless and takes about 30 to 45 minutes to complete. It can be done earlier in a pregnancy using a transvaginal approach, but it will be repeated to ensure the accuracy of any findings.
Fetal echocardiology has grown up since its birth about 10 years ago. At that time, it was new and untried by many. Techniques have improved greatly as well as the skill of technicians performing the test. What was once simply a diagnostic test has developed into one of the most important tools used to detect early heart defects, which leads to better fetus survival rates. 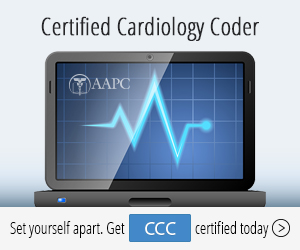