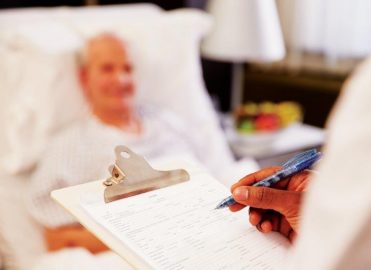 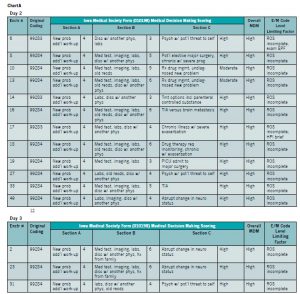 With a 90.3 percent overall rate, the modest sample of encounters reviewed clearly suggests that when MDM points to the level of ED E/M service among patients subsequently admitted to the hospital, that level will be higher. This conclusion is intuitively reasonable, since the studies reporting shows the acuity of admitted patients—measured by both coding and clinical measures—has been increasing.
ED compliance staff may want to examine level of service distributions of treated and released patients separately from those of admitted patients. Although this sample suggests higher levels of ED E/M codes are appropriate for these patients, it does NOT mean all admitted patients should be coded with the higher levels of service. It means clinical staff should be aware of this suggestion and document appropriately, consistent with their facility’s compliance guidelines. Coding staff should also know this, and help clinical staff to resolve documentation deficiencies.
William C. Fiala, MA, CPC, CCS-P, is an instructor for the University of Akron’s Allied Health Department. Beyond the university setting, his company, Fiala Analytical Services, Inc., assists clients with audits and compliance issues.
Nicholas J. Jouriles, MD, FACEP, is an academic emergency physician and is professor and chair of emergency medicine at Northeast Ohio Medical University. Dr. Jouriles is also a past president of ACEP.

Editor’s note: An expanded version of this article, complete with footnoted references, is available by contacting John Verhovshek, MA, CPC, at g.john.verhovshek@aapc.com.