Clubbing of Fingers and ROS

By Nancy Reading RN, BS, CPC, CPC-I
A member recently inquired, “Where can I safely count clubbing of the fingers on physical examination?” This question begs an issue that faces coders every day. We think we know the answer because that’s how we always do it, or that is how we were trained. Better yet, I constantly get hit with the notion, “I thought I knew what that meant until someone asked me.”
Clubbing of the fingers is found on physical examination of the distal phalanx. According to Robert A. Schwartz MPH, MD, the definition of clubbing is best described as:
“The profile of the distal digit is viewed. The angle made by the proximal nail fold and nail plate (Lovibond angle) typically is less than or equal to 160 degrees. In clubbing, the angle flattens out and increases as the severity of the clubbing increases. If the angle is greater than 180 degrees, definitive clubbing exists. An angle between 160-180 degrees falls in a gray area and may indicate early stages of clubbing or a pseudoclubbing phenomenon.“
This definition is the same in the Manual of Orthopedic Terminology, by Blauvelt and Nelson as it is in the Bate’s Guide to Physical Examination and History Taking, by Bickley. The issue here lies in the etiology of the clubbing, which is attributed to an extremely wide variety of illnesses and pathophysiology.
According to Schwartz, Hippocrates first described clubbing in relation to hypoxia. Clubbing is associated with a wide variety of diseases such as (but not limited to) pulmonary, cardiovascular, neoplastic, infectious, hepatobiliary, mediastinal, endocrine, and gastrointestinal diseases. It can also occur as an idiopathic finding or be attributed to a dominant mendelian genetic trait.

The jury is out on the underlying cause or mechanism of clubbing. Theories vary widely, and although pathways differ, the end results are the same. Proposed mechanisms include circulating vasodilators, neural, genetic inheritance, hypoxia and platelet-derived growth factor. According to Schwartz, “Hypertrophic osteoarthropathy as a syndrome defined by chronic proliferative periostitis of the long bones, digital clubbing, and joint swelling,” is also a consideration.
To further complicate the issue, the nail bed/fold is considered part of the integumentary system based on the embryogenic cell line from which it is derived. All tissues of the integument—including the nails—arise from the ectoderm and some mesoderm during embryonic development.
The 1995 evaluation and management (E/M) examination guidelines are exclusively based upon the number of body areas and organ systems examined and documented. These are generic and without further definition or granularity such as that found in the 1997 exam guidelines. Of interest also in the 1995 examination guidelines are the criteria for a comprehensive examination:
Comprehensive: A general multi-system examination or complete examination of a single organ system and other symptomatic or related body area(s) or organ system(s).—A general multi-system exam of eight or more organ systems or a complete single system examination.
For the purpose of CPT® examination definitions, the following are considered body areas:

For the purpose of CPT® examination definitions, the following are considered organ systems:

Counting coup here for clubbing would most conveniently fit in the “extremity” body area as a generic finding. However, for a comprehensive exam, it’s best to look for an organ system to count this in “as appropriate,” based on the encounter’s presenting problem.
The 1997 guidelines read a little differently as the bullets are further defined within an organ system or body area. Below are several systems where clubbing is often counted:
Cardiovascular

Examination of the following:

Examination of joints, bones and muscles of one or more of the following six areas:

The examination of a given area includes the following:

The reader should note that the musculoskeletal system is the place to actually describe clubbing, while it is one of the systems prioritized low on the list of underlying etiologies.
With this information in mind, it seems prudent to first include clubbing where it best supports the presenting problem. However, when reading through the note, it might become evident what the physician is examining based on where it is found within the body of the note (for example, if she writes under cardiac, “RRR, no carotid bruits, no clubbing,” then it can be counted under the Cardiovascular section under the 1995 guidelines). The final analysis is this is not strictly a finding relegated to a specific organ system in the scheme of a wide variety of differential diagnoses and underlying etiologies. Secondly, in the effort to give providers credit for all work they do, it can be related to a variety of problems or a general finding of the extremities or integumentary that is worthy of further investigation.
It may be common in the assessment and plan to see an electrocardiogram (EKG) and chest X-ray to identify the most common causes of clubbing. A complete blood count (CBC), sedimentation rate, and chemistry panel are also often associated with this finding. In the event there is fever, a sputum smear, culture and sensitivity, and blood culture are also common.
General Reference
chapter 4 the Embryology Atlas
Better Medicine 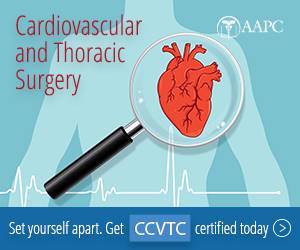