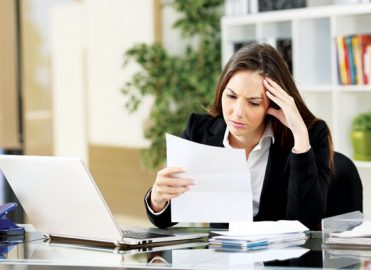 Know when to use these modifiers and how they affect reimbursement.

Surgical modifiers 50 and 52 and modifier 59 are crucial to telling the story of a claim by identifying procedures that have been altered, without changing the core meaning of the code(s) submitted. Let’s focus on proper application and instructive resources for these three modifiers.

When deciding whether to use modifier 50, it’s sometimes difficult to determine if the procedure is considered bilateral. An easy way to tell is to consult the Medicare Physician Fee Schedule (MPFS).  A table, similar to the condensed version shown in Table A, identifies which procedures Medicare identifies as bilateral. Remember: Commercial carriers may follow their own guidelines.

Example A in Table A indicates that code 68840 Probing of lacrimal canaliculi, with or without irrigation has a bilateral surgery indicator of 1. This denotes that the procedure is unilateral, as described in CPT®, and can be appropriately billed as a bilateral procedure with modifier 50 appended. Medicare will pay this procedure at 150 percent of the allowed amount, subject to the patient’s deductible and coinsurance. Be sure to increase the billed amount when the claim is submitted; Medicare will not increase this amount on its own. As an example, if the allowed amount for 68840 is $100, the coder should increase the billed amount to $150 on the claim form.

In Example C, code 58210 Radical abdominal hysterectomy, with bilateral total pelvic lymphadenectomy and para-aortic lymph node sampling (biopsy), with or without removal of tube(s), with or without removal of ovary(s) has a bilateral indicator of 2. These procedures are considered “inherently bilateral,” which means the code descriptor or procedure specifically includes bilateral body parts. In this example, the code descriptor includes bilateral lymph nodes and, dependent on the extent of the procedure, the fallopian tubes and ovaries. The allowed fee schedule for inherently bilateral procedures already includes payment for a bilateral service, so modifier 50 should not be used and the billed amount should not be increased.

A bilateral indicator of 3 (not shown here because it does not apply to surgery procedures) is considered “independently bilateral,” and usually applies to radiology procedures and diagnostic tests. These codes are considered bilateral if modifier 50 is present; and full payment should be made for each procedure. One such code is 73080 Radiologic examination, elbow; complete, minimum of 3 views. For example, if this procedure is performed on both the left and right elbows, and one procedure has an allowed amount of $100, the total allowed amount for 73080-50 would be $200.

Check your carriers’ online medical policy base or review your physicians’ contracts for instructions on applying modifier 50 properly on claims forms.

Most payers apply a “multiple procedure discount” with modifier 51. This refers to the practice of reducing the reimbursement for subsequent procedures because of shared resources when two or more procedures are performed together. CPT® Appendix E lists codes that are exempt from modifier 51.

The following is an example of multiple operations in the same operative session:
Scenario: The patient presents for removal of a 0.5 cm (as measured by CPT® guidelines) malignant skin lesion on the trunk. A layered closure of the resulting wound is performed in the same operative session. The appropriate coding is:
12031 Repair, intermediate, wounds of scalp, axillae, trunk and/or extremities (excluding hands and feet); 2.5 cm or less [typically 100 percent allowed reimbursement*]
11600-51 Excision, malignant lesion including margins, trunk, arms, or legs; excised diameter 0.5 cm or less [typically reduced reimbursement*]

*Dependent on carrier policy. You should also note that a few carriers may automatically order the procedure codes based on that carrier’s fee schedules.

In another example, the patient presents for an excision of a right arm skin lesion, which is benign, and a biopsy of a skin lesion on the left arm. These codes usually are not reported together because CPT® instructs, “the obtaining of tissue for pathology during the course of [surgical procedures in the integumentary system] is … not considered a separate biopsy procedure and is not separately reported.” In this case, however, the procedures are performed on two distinct body sites, and we are further instructed, “The use of a biopsy procedure code (e.g., 11100, 11101) indicates that the procedure … was unrelated or distinct from other procedures/services provided at that time.”
The appropriate coding is:

Once again, you should list first the more resource-intense procedure (the benign lesion excision). Follow that with the biopsy, appending modifier 59 and linking it with the “uncertain behavior of neoplasm” diagnosis code.

The Difference Between Modifiers 51 and 59

When choosing between modifiers 51 and 59, payer policy may be the determining factor. Some payers, including Medicare contractors, do not acknowledge modifier 51. And, though we should not code solely based on reimbursement, keep in mind that modifier 51 may trigger the multiple payment reduction. On the other hand, modifier 59 may trigger a front-end edit, and the payer may require documentation, which will inevitably delay claim reimbursement.

A good reference are the National Correct Coding Initiative (NCCI) edits, which provide directions on when to appropriately “unbundle” procedure codes, as illustrated in Table C. NCCI edits are valid for Medicare only, but other payers are permitted to follow these guidelines. You can find NCCI resources on the CMS website).

NCCI edits are referred to as Column 1 and Column 2 codes: Column 1 is the reimbursable code; and column 2 is not payable unless a modifier is permitted and submitted. An edit of 1 in the first pair of codes indicates that the column 2 code is a component of the column 1 code, but can, at times, be billed separately with modifier 59 appended. The first pair of codes in Table C relate to the example previously reviewed. In this example, the procedures were performed on different sites, so the use of modifier 59 is correct.

The second set of codes, 11100 and 99149 Moderate sedation services (other than those services described by codes 00100-01999), provided by a physician other than the health care professional performing the diagnostic or therapeutic service that the sedation supports; age 5 years or older, first 30 minutes intra-service time are listed with a 0, which indicates that they cannot be billed together using any modifier.

The last code pair, +11201 Removal of skin tags, multiple fibrocutaneous tags, any area; each additional 10 lesions, or part thereof (List separately in addition to code for primary procedure) and the column 2 code of 10060 Incision and drainage of abscess (eg, carbuncle, suppurative hidradenitis, cutaneous or subcutaneous abscess, cyst, furuncle, or paronychia); simple or single are assigned a 9 indicator. This means that an NCCI edit does not apply to this code pair. If the procedures were performed in the same operative session, use modifier 51 for multiple procedures on the column 2 code (10060), based on carrier policy.

Nancy Clark
Nancy Clark, CPC, COC, CPB, CPMA, CPC-I, has over 20 years of experience in medical coding and billing, healthcare consulting, accounting, and business administration. She applies her skills to assist physician and hospital clients with revenue cycle management. Clark focuses on coding and documentation reviews, assistance with payer audits, and providing education for physicians and their staff. She is also an AAPC certified instructor, a contributing author to health care publications, and a presenter at seminars. Clark is a member of the Novitas Medicare Provider Outreach and Education Advisory Group and co-founder of the New Jersey Coders' Day Medical Coding and Billing Conference. She is proud to support the AAPC for recognizing the value of medical coding professionals and enjoys working with its members.

About Nancy Clark Has 14 Posts

Nancy Clark, CPC, COC, CPB, CPMA, CPC-I, has over 20 years of experience in medical coding and billing, healthcare consulting, accounting, and business administration. She applies her skills to assist physician and hospital clients with revenue cycle management. Clark focuses on coding and documentation reviews, assistance with payer audits, and providing education for physicians and their staff. She is also an AAPC certified instructor, a contributing author to health care publications, and a presenter at seminars. Clark is a member of the Novitas Medicare Provider Outreach and Education Advisory Group and co-founder of the New Jersey Coders' Day Medical Coding and Billing Conference. She is proud to support the AAPC for recognizing the value of medical coding professionals and enjoys working with its members.