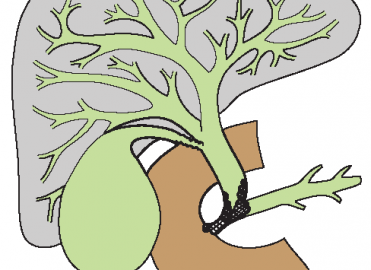 Endoscopic retrograde cholangiopancreatography (ERCP) is much easier to report than it is to say; but let your guard down and you might slip up when assigning CPT® codes for ERCP-related procedures. Up-to-date coding information on biliary and pancreatic duct stenting procedures, such as that found in the American Medical Association (AMA) article, “THEN and NOW Endoscopic Retrograde Cholangiopancreatography” (CPT® Assistant, January 2012, volume 22, issue 1, page 11), will help you from getting tongue-tied when these types of procedures cross your desk.
Get to Know ERCP
An ERCP is a study of the ducts that drain the liver and pancreas. Indications for this procedure include biliary obstruction due to choledocholithiasis or strictures, sphincter of Oddi dysfunction, acute and chronic pancreatitis, pancreatic pseudocysts, pancreatic necrosis, and pancreatic duct strictures.
To assign CPT® codes accurately, first be familiar with the anatomy involved, including that of the stomach, duodenum, liver, gallbladder, pancreas, biliary and pancreatic ducts, and the ampulla of Vater.
The liver produces bile, which helps the small intestine digest food. The bile is collected by a system of ducts that flow from the liver through the right and left hepatic ducts and drain into the common hepatic duct. The common hepatic duct joins with the cystic duct from the gallbladder to form the common bile duct (CBD). The CBD drains bile into the intestine through the ampulla of Vater. Not all bile runs directly into the duodenum; approximately 50 percent of bile produced by the liver is first stored in the gallbladder and released when needed.
The pancreas is an elongated, tapered organ located across the back of the abdomen behind the stomach. This organ contains exocrine glands, which secrete digestive enzymes. These enzymes are secreted into a network of ducts that join the main pancreatic duct, which runs the length of the pancreas. The pancreatic duct, also known as the duct of Wirsung, then joins the common bile duct just prior to the ampulla of Vater and allows secretion of the pancreatic enzymes into the duodenum.
In a diagnostic ERCP, the patient is typically sedated with intravenous sedation and analgesia. The doctor inserts the duodenoscope down the esophagus, through the stomach, and into the duodenum. Air is usually pumped through the endoscope to inflate the stomach and duodenum to make the examination easier. The duodenal papilla is located and catheterized, followed by an injection of dye into either the biliary or pancreatic duct (or both). Imaging of the ducts allows the physician to look for narrowed areas or blockages and determine necessary treatment.
Procedures performed through the duodenoscope include biopsy; sphincterotomy; destruction or removal of calculus; insertion, change, or removal of stents; dilation of the ducts; and ablation of lesions. CPT® includes codes for all of these procedures. The CPT® Assistant referenced in this article specifically addresses coding for stenting procedures.
Assign Codes with Accuracy
CPT® includes two codes to report ERCP with stenting procedures: 43268 Endoscopic retrograde cholangiopancreatography (ERCP); with endoscopic retrograde insertion of tube or stent into bile or pancreatic duct and 43269 Endoscopic retrograde cholangiopancreatography (ERCP); with endoscopic retrograde removal of foreign body and/or change of tube or stent.
Updated instructions direct that when a stent is placed in both the common bile duct and the pancreatic duct, 43268 may be reported twice, with modifier 59 Distinct procedural service appended to the second code. This tells the payer the additional stent was placed at a different site.
CPT® Assistant specifies that when a stent is placed in the common bile duct extending into the right hepatic duct, and another stent is placed in the common bile duct extending into the left hepatic duct, it is again permissible to report 43268 twice with modifier 59 appended. Physician documentation should include information regarding the location of the proximal end of the stent.
Conversely, if multiple stents are placed in one duct (either side-by-side or overlapping), 43268 may be reported only once.
For the endoscopic removal and replacement of ductal stents, the guidelines are the same. Code 43269 would be reported twice if multiple stents in separate ducts are both removed and replaced during the same operative session. Only one code would be reported for removal of two stents in the same duct.
CPT® Assistant directs that when two stents are removed and only one stent is replaced, 43269 would be reported only once. As always, clear and accurate physician documentation is the key to accurate code assignment and appropriate reimbursement.
Clinical Scenario: A 65-year-old woman presents with abdominal pain, poor appetite, and jaundice. A CT scan of the abdomen shows a dilated intrahepatic biliary tree and a collapsed gallbladder. A Klatskin tumor is suspected. ERCP is scheduled and performed.
After informed consent and appropriate sedation, the duodenoscope was inserted into the oropharynx, down the esophagus, and into the stomach. The scope was then advanced through the pylorus to the ampulla. Cannulation of the ampulla was performed and contrast injected through the catheter into the biliary duct.
Imaging revealed filling defects of the right and left hepatic ducts. The biopsy forceps were then passed through the working channel of the duodenoscope and biopsies of the hepatic ducts were obtained. A stent was placed into the right hepatic duct followed by a separate stent placed into the left hepatic duct to improve drainage.
The stomach was then decompressed and the endoscope withdrawn.
Pathology results confirm diagnosis of Klatskin tumor.
Coding:
ICD-9-CM:
156.1 Malignant neoplasm of extrahepatic bile duct
CPT®:
43261 Endoscopic retrograde cholangiopancreatography (ERCP); with biopsy, single or multiple
43268 ERCP with retrograde insertion of tube or stent into bile or pancreatic duct [right duct]
43268-59 ERCP with retrograde insertion of tube or stent into bile or pancreatic duct [left duct]
74328 Endoscopic catheterization of the biliary ductal system, radiological supervision and interpretation

Laurette Pitman, RN, CPC-H, CGIC, CCS, is a senior outpatient consultant for Spi Healthcare. She has over 30 years’ experience in the health care field including ED and OR nursing, coding, and DRG and APC auditing. For more information, please reference www.spihealthcare.com or contact her at laurette.pitman@spihealthcare.com.