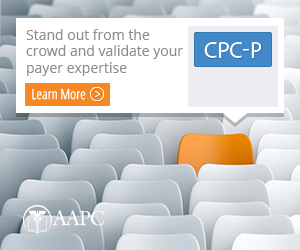 The new year is nearly here. Time to get a fresh start on your payer contracts. Gather your year-end data and prepare yourself to approach payers for new agreements or rate updates.
Start with a High-level Perspective
After you’ve gathered the contracts and information from payer websites or their toll-free numbers (see Part 1, “Contracts: Start by Gathering Data,” October 2012, pages 34-36), summarize the information at a high level. I recommend a summary format similar to the one shown in Table 1.

In this example, the payer, Alpha, is contracted with the practice through an independent practice association (IPA). The fees are 130 percent of a fixed base year of 2007 Medicare resource-based relative value system (RBRVS). The contract has been effective since Jan. 1, 2008, and this payer represents 17 percent of the practice’s revenue.
You should gather similar information for each payer with whom you are contracted.
Next, Analyze Reimbursement Details
Using this high-level summary, you can easily determine the base years of Medicare RBRVS you’ll need to know to analyze current fees versus upcoming payer proposals.
The base years for this practice would be 2005 (non-Geographic Price Cost Indexed), 2007 (GPCI), 2012 (GPCI) Medicare RBRVS, and the 2011 state workers’ compensation fee schedule. The Medicare fee schedules are available on the Centers for Medicare & Medicaid Services (CMS) website (www.cms.gov/Medicare/Medicare-Fee-for-
Service-Payment/PhysicianFeeSched/index.html).
With this data, complete a spreadsheet, which you can call the “Payer Resource Manual,” and use the base year allowable and the current contracted payer amounts for our hypothetical practice, as shown in Table 2.

Each payer will likely address lab, X-ray, and supply codes differently. If no RBRVS payment exists, you could contact each payer for your contracted allowed amounts or pull explanation of benefits (EOBs) to find the paid amount. If the practice is heavily dependent on revenue from HCPCS Level II codes (such as durable medical equipment (DME), supplies, or injectables), it’s worth gathering the invoices to know the acquisition costs.
Verify predicted payment on your Payer Resource Manual by code, and validate it against payer EOBs to confirm your spreadsheet is accurate. The confidence that comes with knowing as much as the payer does about your current contracted rates is the best way to start. In other words, don’t trust what an old, filed contract says your rates are: Verify the amounts against current payments.
Learn by Example
Here’s an example of how getting organized before you approach the payers pays off. Knowing what 100 percent of the RBRVS is for codes that matter to the practice gives you a powerful position to counter payer fee schedule “updates.”
In this client example, a radiation oncology practice was approached by a payer that represented a significant portion of the practice’s revenue. The payer wanted to update the contracted rates from a 2005 agreement, and proposed 2010 Medicare rates. A quick glance at the difference between 2005 and 2010 base year Medicare allowables for codes that were important to the practice enabled us to determine that 2005 was a much better paying base year (compared to 2010). Table 3 shows how the update would impact several codes commonly reported by the practice.

You should know the most current period’s utilization data for each payer by CPT® code. In the above client example, we used the practice’s billing software to pull the past year’s utilization of procedure codes for the payer in question. With the frequency count for each of these codes, the current payer’s allowed amount, and the most current year (at the time) of Medicare, we could see how the payer’s attempt to “update” the practice using a more recent year’s Medicare fee schedule would cost the practice a lot of money: an average 15 percent reduction. Using actual utilization, based on historical data from the practice (which is the best predictor of future utilization), the weighted impact averaged out to a 22 percent loss (because some high-volume codes had large decreases under the proposed rate).
Such a comparison isn’t easy to set up in a spreadsheet, but having the data allows you to go back and forth as many times as necessary to convince the payer not to subject the practice to such a loss after being a loyal network provider for so many years. Using this method, we were able to correct what would have been a $33,000 loss to the practice and turn it into a $4,000+ annual gain. This $37,000 swing was well worth the time and effort to pull the data—and that was just one payer agreement!
Be Prepared for the Long Haul
When you have your current rates and past utilization defined, you’re almost ready to approach the payers and begin the contracting process. Negotiations are an endurance test with many important steps. If you start naively, with no idea of the scope of the critical tasks and phases of the process, you’re bound to burn out and give up. And any corners you cut in preparing will raise time-consuming issues later.
In the next installment of our contracts series, we will identify your practice’s counterparts at your payers’ and learn how to create an “alpha payer contact list” for your practice.
Marcia Brauchler, MPH, CPC, CPC-H, CPC-I, CPHQ, is the founder and president of Physicians’ Ally, Inc., a health care consulting firm and concierge billing company for specialty physician practices. She works with physicians on managed care contracts, reimbursement, and practice administration. Her experience includes hospital, health plan, and independent practice association administration. Her firm sells updated HIPAA policies and procedures and online staff training. She is a published researcher and a frequent public speaker.