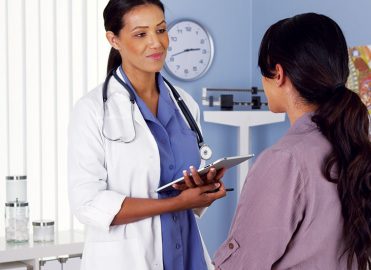 Double dipping is a risk if you don’t know the rules.

Modifier 59 Distinct procedural service is used when two codes are not normally reported together (for instance, one code may be bundled with the other), but may be billed together under certain circumstances (for instance, if the two procedures occurred at different anatomic locations).

The Centers for Medicare & Medicaid Services (CMS) developed the National Correct Coding Initiative (NCCI) to promote correct coding and prevent improper payments. The edits are updated quarterly. Unfortunately, modifier 59 is often used incorrectly to bypass NCCI edits. Examples of such inappropriate use include:

Because modifier 59 lends itself to misuse (and abuse), the Office of Inspector General recommends that CMS perform pre- and post-payment reviews on claims submitted with modifier 59. To ensure your claims are clean, it helps to understand how NCCI edits work.

Access NCCI data free on the CMS website. Scroll down to “Related Links” and choose the Physician coders or Hospital (facility coders) coding edit link that represents the code range in which you are reviewing. This allows you to download several files.
Within the Excel spreadsheet containing the NCCI code pairs, there are two columns of codes, as well as an indicator column. The Column 2 code is either a component of Column 1 or mutually inclusive and not separately reportable from the code in Column 1, as shown in Table 1. When allowed and appropriate, a modifier is appended to the Column 2 code. To determine if the modifier is allowed, you must know the meaning of the modifier indicators, as shown in Table 1.

For example, consider the NCCI code pair edit in Table 2. In the case of this code pair, a modifier is allowed. To know when it’s appropriate to apply a modifier, follow guidelines for the modifier being considered. For example, if you are using modifier 59, does the documentation state the biopsy and aspiration were performed at different anatomic sites? Were they performed through two separate incisions? Were they performed at two different encounters?

An orthopedic surgeon performs arthroscopic medial and lateral meniscus repair, 29880 Arthroscopy, knee, surgical; with meniscectomy (medial and lateral, including any meniscal shaving) including debridement/shaving of articular cartilage (chondroplasty), same or separate compartment(s), when performed, along with arthroscopic chondroplasty in the patellofemoral. Note, however, that meniscus repair (29880) includes chondroplasty (29877 Arthroscopy, knee, surgical; debridement/shaving of articular cartilage (chondroplasty)), even if performed in a separate compartment. The code pair has been assigned an NCCI indicator of “0,” and it would not be appropriate to bill both codes or to append modifier 59 in this scenario. You would report only 29877.

A patient is sent to the cath lab for a diagnostic left heart catheterization (LHC) with ventriculogram. During the diagnostic cath procedure, the physician determines the extent of blockage requires a stent placement in the left anterior descending artery and the right coronary artery. A diagnostic LHC, 93458 Catheter placement in coronary artery(s) for coronary angiography, including intraprocedural injection(s) for coronary angiography, imaging supervision and interpretation; with left heart catheterization including intraprocedural injection(s) for left ventriculography, when performed, is a Column 2 NCCI edit to the stent, 92928 Percutaneous transcatheter placement of intracoronary stent(s), with coronary angioplasty when performed; single major coronary artery or branch. The documentation supports the guidelines to bill a LHC and stent placement on the same day. Modifier 59 is appended to the diagnostic LHC 93458 (because it’s the Column 2 code). The surgeon placed two stents in two distinct recognized arteries, which means you should apply coronary modifiers. Correct coding is 92928-LD Left anterior descending coronary artery and 92928-RC Right coronary artery.
Note: Know your payer guidelines. Some payers will require modifier 59 on the second stent code, 92928, to indicate separate arteries, even when billed with the coronary modifiers.

Angela Clements
Physician Coding Auditor, Educator & Consultant at Medkoder
Angela Clements, CPC, CPMA, CEMC, CGSC, COSC, AAPC Approved Instructor, has over 20 years of experience in the healthcare industry. She served as Region 5 representative on AAPC’s National Advisory Board from 2013 to 2015 and as the member relations officer from 2015 to 2018. Clements has extensive experience in multispecialty coding, documentation, and auditing. She’s also a frequent speaker at local medical managers’ meetings, as well as other AAPC local chapters in her region.

About Angela Clements Has 18 Posts

Angela Clements, CPC, CPMA, CEMC, CGSC, COSC, AAPC Approved Instructor, has over 20 years of experience in the healthcare industry. She served as Region 5 representative on AAPC’s National Advisory Board from 2013 to 2015 and as the member relations officer from 2015 to 2018. Clements has extensive experience in multispecialty coding, documentation, and auditing. She’s also a frequent speaker at local medical managers’ meetings, as well as other AAPC local chapters in her region.

No Responses to “Understand Modifier 59 and NCCI Bundling”