-X{EPSU} Modifiers Are Active, but Not Yet Required 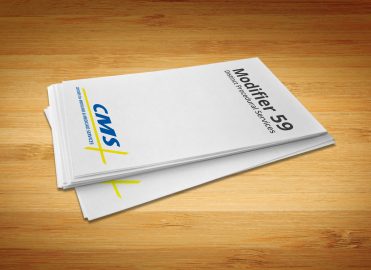 Late last summer, the Centers for Medicare & Medicaid Services (CMS) announced the creation of four new modifiers (XE, XP, XS, XU), collectively called the -X{EPSU} modifiers, to define subsets of “Distinct Procedural Services,” as historically described with modifier 59 Distinct procedural service.
Although the new modifiers have been active since Jan. 1, MLN Matters® SE1503 assures providers they may continue to apply modifier 59 “in any instance in which it was correctly used prior to January 1, 2015.” The article continues:

Additional guidance and education as to the appropriate use of the new -X{EPSU} modifiers will be forthcoming as CMS continues to introduce the modifiers in a gradual and controlled fashion. That guidance will include additional descriptive information about the new modifiers. CMS will identify situations in which a specific -X{EPSU} modifier will be required and will publish specific guidance before implementing edits or audits.

Although use of the new modifiers is not mandatory, “providers who wish to use the new modifiers may use them in accordance with their published definitions, and the X modifiers will function within CMS systems in the same manner as the 59 modifier….”
The bottom line: If you haven’t made the adjustment away from modifier 59 to the new, more precise -X{EPSU} for Medicare claims, don’t panic. CMS isn’t yet requiring that you use the modifiers, and plans to offer additional education for providers on how to apply them, properly.
View our X{EPSU} Modifier Infographic Below (Click here for a PDF version.)

About John Verhovshek Has 570 Posts

No Responses to “-X{EPSU} Modifiers Are Active, but Not Yet Required”