Cloning: Address the Elephant in the Room 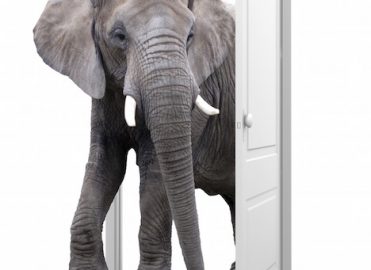 By Kellie S. Hall, CPC, CPCO, CCS-P
Electronic health records (EHRs) offer providers many benefits, but using the technology in compliance with government standards takes a bit of know-how. One such compliance risk EHRs facilitate is called “cloning.” Recognizing cloning and discouraging its use is an affirmative action toward protecting your practice from charges of healthcare fraud.
Recognize Cloning
Per the Centers for Medicare & Medicaid Services (CMS), “Documentation is considered cloned when each entry in the medical record for a beneficiary is worded exactly like or similar to the previous entries” (Medicare B Update, third quarter 2006 (vol. 4, No. 3)).
Per the Office of Inspector General (OIG):

Copy-pasting, also known as cloning, allows users to select information from one source and replicate it in another location. When doctors, nurses, or other clinicians copy-paste information but fail to update it or ensure accuracy, inaccurate information may enter the patient’s medical record and inappropriate charges may be billed to patients and third-party health care payers. Furthermore, inappropriate copy-pasting could facilitate attempts to inflate claims and duplicate or create fraudulent claims.
Overdocumentation is the practice of inserting false or irrelevant documentation to create the appearance of support for billing higher level services. Some EHR technologies auto-populate fields when using templates built into the system. Other systems generate extensive documentation on the basis of a single click of a checkbox, which if not appropriately edited by the provider, may be inaccurate. Such features can produce information suggesting the practitioner preformed more comprehensive services than were actually rendered.

Source:
OIG, December 2013, “Not All Recommended Fraud Safeguards Have Been Implemented in Hospital EHR Technology”
In other words, copying and pasting, pulling forward information, and the use of macros could all be defined as cloning.
Cloning Plagues Medical Record Integrity
Many physicians consider nothing amiss with cloning. They argue, “It saves time. I could never see this many patients if I had to rewrite everything.” But before the EHR, physicians were not copying previous encounters, changing the date, adding a line or two, and placing it in the medical record as the documentation for that day. Such actions would compromise the integrity of the patient’s note, and fall under the category of fraud and abuse.
EHRs are supposed to cut healthcare costs and improve patient care, but something has gone terribly wrong. Evaluation and management (E/M) payments have actually increased 48 percent from 2001 to 2010 (OIG, December 2012, “Coding Trends of Medicare Evaluation and Management Services”). The media has picked up on this trend. As seen in The New York Times (“Medicare Bills Rise as Records Turn Electronic,” September 21, 2012):

… the move to electronic health records may be contributing to billions of dollars in higher cost for Medicare, private insurers and patients by making it easier for hospitals and physicians to bill more for their services, whether or not they provide additional care. …

Some experts blame a substantial share of the higher payments on the increasing widespread use of electronic health record systems. Some of these programs can automatically generate detailed patient histories, or allow doctors to cut and paste the same examination findings for multiple patients with the click of a button or the swipe of a finger on an iPad, making it appear that the physicians conducted more thorough exams than, perhaps, they did.
Office notes that were once one or two pages are bloated to six or eight pages, filled with irrelevent information carried over from a patient’s initial visit.
On the billing side, inappropriate use of EHRs may suggest that services were provided when they were not, resulting in the submission of an unsupported bill. Documentation is part of the work a physician is paid to do, and cloning is shortchanging that work.
From an auditing perspective, gleaning relevant information from a documented note in an EHR can be like a scavenger hunt. Sometimes, it’s almost impossible to identify who authored the note (i.e., medical assistant, nurse, or physician), compromising the medical record. And in the end, something has been lost: chart integrity.
OIG on the Lookout
Who’s to blame for the negative outcomes EHRs have created? Some say the government is at fault for mandating EHRs in the first place. Some say the developers who created EHRs per government guidelines are to blame. And others point to the vendors, for promising things for which there was no proof.
Stephen Levinson, MD, in his May 23, 2013 presentation, “Advanced E/M Coding for EHRs,” suggests that, due to government requirements, the EHR development has been focused on meaningful use issues — for instance, e-prescribing and HIPAA security — rather than on documentation and coding compliance.
To entice providers to adopt EHR technology, developers promised increased productivity and, to that end, created components such as:

In essence, EHRs have created the point, click, and swipe era of the patient encounter.
In 2013, the OIG reported that Medicare administrative contractors have seen an increase in instances of “identical documentation across services” (OIG 2013 Work Plan). This elephant in the room has led the OIG to set its sights again this year on physician documentation.
Don’t Fall into Cloning Traps
There are ways for physicians, who see patients with chronic conditions, to avoid government scrutiny for cloning.

Steer Clear of the Elephant in the Room
Time is the enemy here. Physicians want to take shortcuts to save time and increase productivity. But saving time by cloning may cost the physician in government audits and potential fines. Knowing the pitfalls in EHRs will help you to avoid them, as you travel down the road to meaningful use.

Kellie S. Hall, CPC, CPCO, CCS-P, has been in the healthcare industry for over 14 years with a background in physician coding, billing, and education. She is the compliance billing/coding analyst for Akron General Health Systems. Hall presents coding workshops for physicians and residents, and is a presenter at AAPC local chapter meetings. She has developed coding tools to help train physicians in E/M documentation and coding. Hall trains new coders and is an accomplished trainer for ICD-10. She is a member of the Canton, Ohio, local chapter.

No Responses to “Cloning: Address the Elephant in the Room”