Set Compliance Standards by Establishing a Code of Conduct 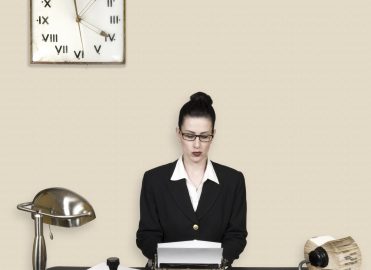 Your organization deserves a concise, comprehensive code of conduct, promoting loyalty and credibility.

By Richard Skaff
Healthcare providers are entering into a new era of compliance scrutiny, and must contend with, and adapt to, compliance standards and the changes they impose. The Office of Inspector General (OIG) promotes voluntary adoption of compliance programs throughout the healthcare industry to mitigate risk. One major component of a compliance program is establishing a code of conduct (also called a code of ethics).
Define Code of Conduct
What is ethical to one person may not be ethical to another. A code of conduct allows an organization to establish a set of conventional principles and expectations that are considered binding on any person who is a member of a particular group.
As seen on USLegal.com (Code of Ethics Law & Legal Definition), a code of conduct typically is divided into four distinct elements:
An introduction or preamble: Ideally this contains a statement from the top-ranked officer of the corporation or organization, showing his or her commitment and support of the code of conduct.
Business ethics experts always highlight the importance of top management leadership. Codes of conduct “published pro forma, possibly in the context of rumors of scandal, carry little weight with employees unless tangible signs of corporate commitment are given,” according to USLegal.com. The preamble is an opportunity to note the corporate commitment.
A statement of purposes and values: This section states what the company is and its purpose. According to USLegal.com, “Ideally, the code will state practical financial objectives, as well as less precise social and professional aspirations.” The statement indicating values should begin with concise statements and expand on these. The initial value should discuss obeying pertinent laws and regulations, and adherence to higher ethical standards as the basic model of operation. Professional specialty organizations in healthcare “may explicitly refer to professional standards and standard-setting bodies.”
Specific rules of conduct: This section is usually subdivided, with a subsection devoted to employees, which is subdivided into two sections: the corporation’s conduct toward employees; and conduct expected from its employees.
The rules of conduct can be spelled out in relation to the physical environment or realms. For example, if it’s spelled out for physical environment, it would discuss ethnic, gender, and race relations. Realms would spell out law and justice or medical practice. Codes of conduct may also address areas with which your organization is having particular difficulty, such as compliance with specific laws.
USLegal.com states that within the subdivisions, the code of conduct:

… may specify categories of problems such as conflicts of interest; taking or offering bribes, gifts, favors, etc.; rules relating to information such as disclosures, withholding data, insider trading, and so forth; preferential treatment, discrimination; interpersonal relations including sexual harassment; resolving quality versus cost conflicts; and other issues.

To ensure a well-executed code of conduct, make it as brief and concise as possible, with clear examples.
Implementation: The final section should address code of conduct administrative implementation and sanctions against code violations. The most basic code of conduct requires reporting infractions up the management chain and what to do if a superior doesn’t take action. For large organizations, an office, department, or compliance officer may handle code violations.
Sanctions should be spelled out, and their administration defined, including:

According to USLegal.com, “Employees will view a code of conduct without sanctions and a rational process for its implementation as a gesture without ‘teeth.’ Because ethical violations aren’t necessarily legal violations, sanctions such as employee termination may be a problem unless there is an ‘employment at will,’ hiring-and-firing policy, and under the circumstances it’s upheld by state and federal law.”
Under compliance pressure, many organizations have unwisely rushed to develop or adopt other companies’ codes of conduct in an attempt to create a compliance program that adheres to OIG guidelines. The National Association for Health Care Quality (NAHQ) has emphasized that qualified healthcare professionals are defined by a standard of conduct deep-rooted in commitment, confidentiality, and relationships (www.nahq.org/Quality-Community/content/codeethicspractice.html#1).
Keep It Straightforward,
Informative, and Evenhanded
Just having a code of conduct is not sufficient. Some experts even wonder what the point is of rewriting standards of conduct that already are written into statutes or well-understood positions of ethical conduct.
In 1995, Mark Pastin, PhD, president of the Council of Ethical Organizations, presented survey results of the U.S. Sentencing Commission that explored the effectiveness of written compliance standards. Approximately 750,000 employees in 203 large companies (mostly Fortune 650 companies) responded to the survey over five years, ending December 1994.
The study, which included 660,000 score-able surveys, concluded that codes of conduct were generally ineffective as compliance tools — in particular, 86 percent of the codes were viewed as ineffective. The study further found that employees often viewed codes of conduct as legalistic and one-sided, in favor of the company. Such codes actually increased the likelihood that employees would exhibit behavior that the company identified as unethical or illegal. Only the codes of conduct viewed by employees as straightforward, informative, and evenhanded decreased the likelihood that employees would exhibit behavior viewed as unethical or illegal.
Source: United States Sentencing Commission: Proceedings of the Second Symposium on Crime and Punishment in the United States, “Corporate Crime in America: Strengthening the ‘Good Citizen’ Corporation,” A presentation of Empirical Research on Compliance Practices: What Companies Say They Are Doing – What Employees Hear, A study of Compliance Practices in “Compliance Aware” Companies, September 8-9, 1995 (www.ussc.gov/corporate-crime-america-strengthening-good-citizen-corporation-0)
Although the jury is still out regarding the overall effectiveness of codes of conduct, common threads during the research showed important elements improving the effectiveness are:

Moral Conduct Must Be Chosen,
Not Legislated
Legislation arguably does little to modify conduct or augment ethics in the workplace. For example, the Sarbanes-Oxley Act of 2002, enacted after the Enron scandal, did not reduce or put an end to corruption in the corporate world. Similarly, the Fraud Enforcement Recovery Act of 2009 that expanded exposure for anti-fraud enforcement and alleged whistleblower empowerment might not be sufficient to increase ethical standard of behavior, or truly protect whistleblowers from retaliation. It might instead create fear conducive to fraudulent and non-compliant conduct.
More regulations do not correlate to more ethics, but instead imply more control of the state. The great 18th century German philosopher Emmanuel Kant argued that a person’s rationality and autonomy to decide right from wrong conduct is the essence of morality. The person, therefore, must be educated, entrusted, and empowered to make ethical choices. Ethics subsist within the healthcare professional who projects it into the workplace. Unethical conduct should not be excused or rationalized.
Lead by Example
Ethics are never motivated by fear. Experts agree that an effective code of conduct must be informative and contain straightforward written standards. It must also focus on a manageable number of areas requiring special compliance efforts and be consistently and fairly implemented throughout the organization. Reporting suspected offenses must be a part of every code, without fear of retaliation.
Lead by example to obtain loyalty and credibility, and to ensure that your code of conduct applies to everyone. Enforcement should not target as an example any individual or organization that has fallen out of favor. Abusive managers should not be empowered and protected. Abused employees should not be persecuted, harassed, or banished when they speak out. Absent such a balance, no code of conduct or compliance program can make a difference.

Richard Skaff is a former CEO of K&M Consulting Services. He is a practicing clinical psychologist and is board certified in psychopharmacology and forensic psychology.

About Renee Dustman Has 765 Posts