MA and Part D Payment and Policy Updates for '16 Set 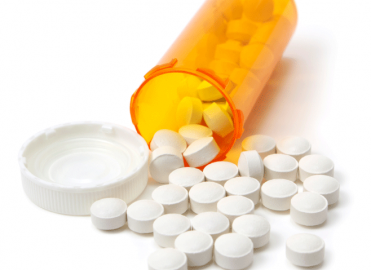 The Centers for Medicare & Medicaid Services (CMS) released final Medicare Advantage (MA) and Part D Prescription Drug program changes for 2016 that the agency said provide fair and accurate payments to plans, while encouraging the delivery of high-quality care for all populations.
CMS said the policies fully consider comments received during the public comment period. It said particular care was taken to ensure plan sponsors have the right incentives to care for dual eligible populations over the long term. The Rate Announcement finalizes changes in payments that will affect plans differently depending on the characteristics of those plans. On average, the expected revenue change is 1.25 percent, without accounting for the expected growth in coding acuity that has typically added another 2 percent. The final revenue increase is larger than the February advance notice, largely because Medicare actuaries recently updated Medicare per capita spending estimates for 2014 and 2015. Medicare per capita spending in 2014, 2015, and 2016 is still expected to be below historical standards, an agency written statement maintained.
Medicare Advantage has reached record high enrollment each year since 2010, a trend continuing in 2015 with a cumulative increase of more than 40 percent since 2010. At the same time, premiums have fallen by nearly 6 percent from 2010 to 2015. And, more than 90 percent of Medicare beneficiaries have access to a $0 premium Medicare Advantage plan.
A fact sheet on the 2016 Rate Announcement and final Call Letter indicates CMS continues to update the Star Ratings measures to drive improved quality for Medicare Advantage and Part D enrollees. To enhance program integrity and payment accuracy, Medicare Advantage plans will continue to be provided stringent oversight for improper payments, just like other providers in the Medicare program.
The new policies will provide enrollees with greater information to make informed and timely decisions about their care and their coverage. The Final Call Letter takes steps to require Medicare Advantage plans to maintain accurate provider directories in a timely manner and to make those directories widely available. These steps will help enrollees to understand better the providers and choices available to them. In addition, CMS will ensure that Part D sponsors provide clear and accurate access to information on preferred cost sharing pharmacies in their networks, so that all beneficiaries have access to affordable coverage.