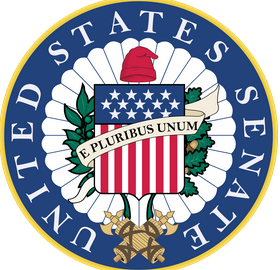 The Senate burned the midnight oil late last night, approving legislation to repeal the Medicare Sustainable Growth Rate (SGR) formula. The bill passed 92-8 and without reference to an ICD-10 delay, giving further momentum towards the Oct 1, 2015 implementation deadline and creating increased urgency for those still preparing for the new medical code set, with all major hurdles now cleared.
After passing the House (392 to 37) last month and the Senate (92-8) late yesterday, the Medicare Access and CHIP Reauthorization Act (MACRA) bill will now be sent to President Obama’s desk for final approval. The White House has indicated the President’s commitment to sign it into law.
Last year, House leadership slipped a last minute rider into SGR legislation, delaying ICD-10 for another 12 months. The postponement was the third in six years, blindsiding the healthcare community and discouraging ICD-10 proponents who were left wondering if the code set would ever see the light of day. With the passing of this bill and omission of any further ICD-10 delay legislation, those concerns now appear behind us.
“ICD-10’s momentum has never been stronger,” said Rhonda Buckholtz, AAPC’s vice president of ICD-10. “Healthcare professionals who have been watching from the sidelines should begin preparing immediately, if they haven’t already.”
ICD-10 is the mandated replacement of the ICD-9 code sets used by medical coders and billers to report healthcare diagnoses and procedures. Its implementation will radically change the way documentation and coding are done and will require a significant effort to implement.

No Responses to “Senate Passes SGR Bill. No ICD-10 Delay”