Celiac Disease: Then and Now 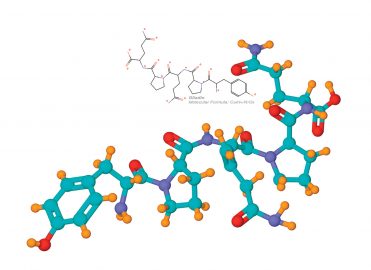 Physicians know a lot more about the disease than they used to, but diagnosis remains difficult.

Stomach pain, diarrhea, nausea, heartburn … these are common symptoms for a host of conditions, including celiac disease. Twenty years ago, a physician’s first course of intervention for a patient complaining of gastric distress might’ve been simply to treat the symptoms with antacids, antiemetics, simethicone, and so on. If the patient returned with consistent or worsening symptoms, the physician might’ve ordered a diagnostic test, such as endoscopy.

Follow-up visit coding would include an appropriate E/M CPT® code and an endoscopy code. Based on the negative results of the diagnostic testing (nothing would show up because the inflammation is in the intestine), the physician would likely diagnose the patient with dyspepsia or some other common malady and recommend the patient continue on antacids. Case closed.

Twenty years ago, hardly anyone had heard of celiac disease (also called celiac sprue and gluten-sensitive enteropathy). Today, it’s practically a household word — along with the term “gluten free.” The disease is so prevalent, food manufacturers now label their applicable products “Gluten Free,” and a completely new category of gluten-free food products has entered the market. Even people who can eat gluten are going gluten-free, in an uneducated attempt to lose weight. Celiac disease isn’t a fad, however.

We now know celiac disease is an autoimmune disease characterized by an abnormal proximal small intestinal mucosa. It is associated with a permanent intolerance to gluten, and can present itself at any time in a person’s life. Symptoms may include those already mentioned, in addition to: bloating, weight loss, anxiety, anemia, skin rash, and dizziness.

Even with what we now know about the disease, diagnosis remains difficult because it’s often clouded by other conditions a patient with celiac disease may be experiencing, such as dental and bone disorders, depression, irritability, joint pain, mouth sores, muscle cramps, and even neuropathy — any of which can manifest from intestinal malabsorption of nutrients due to celiac disease.

A definitive diagnosis can be obtained only by intestinal biopsy prior to removing gluten from the patient’s diet. Patients often forgo the invasive biopsy and rely on serologic tests to confirm the diagnosis; however, these blood tests only indicate the presence of antibodies known to be prevalent in individuals with celiac disease. This method usually involves follow-up blood tests to monitor the patient’s response to a gluten-free diet.

Treatment without a Cure

Treatment for celiac disease is both simple and difficult. It’s simple because all patients have to do is abstain from all gluten to start feeling better. It’s difficult because gluten exists in practically every processed food.

Specifically, gluten is a protein found naturally in the grain of wheat, rye, oats, and barley. Gluten comes in many forms and is identified by any number of names. Patients diagnosed with celiac disease benefit from dietetic counseling to learn how to read labels and identify ingredients they cannot consume.

About Renee Dustman Has 729 Posts