58: The “Goes Beyond” Modifier 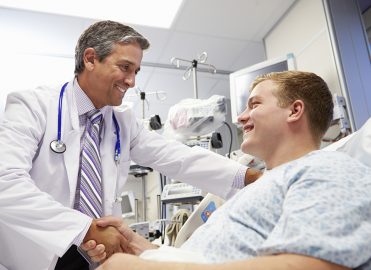 Using it correctly requires knowing when to use modifier 78 instead.

Modifier 58 Staged or related procedure or service by the same physician or other qualified health care professional during the postoperative period is applied only during the postoperative period of a prior procedure to indicate the current procedure is either:
a. Planned prospectively or at the time of the prior procedure;
For example, skin grafts may be performed in stages to allow adequate healing time between procedures. Subsequent skin grafts are expected following the initial procedure.
Tip: Do not append modifier 58 for staged procedures when the code description indicates “one or more visits” or “one or more sessions” (e.g., 65855 Trabeculoplasty by laser surgery, 1 or more sessions (defined treatment series))
b. More extensive than the prior procedure; or
The physician performed a dilation and curettage (D&C) on April 1, followed by a hysterectomy on April 10. In this case, the D&C (e.g., 58120 Dilation and curettage, diagnostic and/or therapeutic (nonobstetrical)) is the initial procedure. The hysterectomy (e.g., 58260 Vaginal hysterectomy, for uterus 250 g or less) is a more extensive procedure during the global period of the initial, related procedure, to which you append modifier 58.
c. For therapy following a diagnostic surgical procedure.
The National Correct Coding Initiative Policy Manual for Medicare Services, chapter 1, General Correct Coding Policies, explains:

In this case, the open procedure is a therapeutic procedure following a diagnostic endoscopy.
The follow-up procedure does not have to be planned ahead of time; however, in all cases, the related follow-up procedure is performed to treat an underlying condition, rather than as a result of the prior procedure. Stated another way, the follow-up procedure will “go beyond” the initial procedure, but is not due to a complication of the prior procedure.
Modifier 78 Is for Complications of Surgery
In another example, a return to the operating room to control bleeding is more extensive than the original procedure, but occurs due to an initial procedure complication, not to further treat the underlying condition. The National Correct Coding Initiative Policy Manual for Medicare Services, chapter 1, elaborates:
Control of postoperative hemorrhage is … not separately reportable unless the patient must be returned to the operating room for treatment. In the latter case, the control of hemorrhage may be separately reportable with modifier 78.
When treatment for complications requires a return to the operating or procedure room, append modifier 78 Unplanned return to the operating/procedure room by the same physician or other qualified health care professional following initial procedure for a related procedure during the postoperative period to the subsequent procedure code, rather than modifier 58.
Lastly, unlike modifier 58:

G.J. Verhovshek, MA, CPC, is managing editor at AAPC and a member of the Asheville-Hendersonville, North Carolina, local chapter.

About John Verhovshek Has 601 Posts