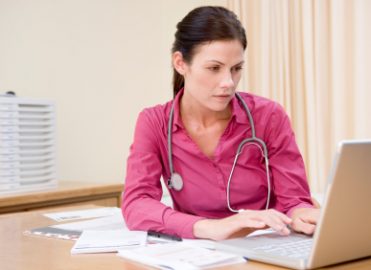 July is right around the corner, and you know what that means: The Centers for Medicare & Medicaid Services (CMS) is updating its payment systems for the second quarter. The July 2015 update of the Ambulatory Surgical Center Payment System (ASC PS) is now available.

The following changes to the ASC PS are effective July 1, 2015.
CMS is establishing one new HCPCS Level II device pass-through category for the Outpatient Prospective Payment System and the ASC PS:

The payment indicator (PI) for C213 is J7 OPPS pass-through device paid separately when provided integral to a surgical procedure on ASC list; payment contractor-priced. The device offset from payment for C213 is $24.83.
CMS will take a device offset when C213 is billed with CPT® code 32405 Biopsy, lung or mediastinum, pecutaneous needle. The ASC Code Pair file will also be used to reduce payment for 32405 by 2.36 percent when billed with C2613.
Look for updated payment rates for non-pass-through drugs, biologicals, and therapeutic radiopharmaceuticals in the July 2015 ASC Addendum BB on the CMS website (not available at the time of this writing).

These codes have an ASC PI of K2 Drugs and biologicals paid separately when provided integral to a surgical procedure on ASC list; payment based on OPPS rate.