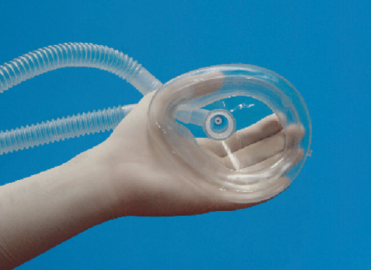 by Pamela J. Haney, MS, RHIA, COC, CIC, CCS
Respiratory failure is a condition in which not enough oxygen passes from the lungs into the blood. The body’s organs, such as heart and brain, need oxygen-rich blood to work well. It can also occur if the lungs cannot properly remove carbon dioxide (a waste gas) from the blood. Too much carbon dioxide in the blood can harm the body’s organs. Both of these problems—a low oxygen level and a high carbon dioxide level in the blood—can occur at the same time. Acute respiratory failure can develop quickly and may require emergency treatment.
Signs and symptoms of respiratory failure may include shortness of breath, rapid breathing, and air hunger (feeling like you can not breathe in enough air). In severe cases, signs and symptoms may include a bluish color on the skin, lips, and fingernails; confusion; and sleepiness.
How is Chronic Respiratory Failure different?
Chronic respiratory failure is very common in patients with severe COPD and other chronic lung diseases such as cystic fibrosis and pulmonary fibrosis. It is characterized by a combination of hypoxemia, elevated pCO2, elevated bicarbonate level, and normal pH (7.35–7.45). The most important tip-off to chronic respiratory failure is chronic dependence on supplemental oxygen such as “home O2.”
What about Acute-on-chronic Respiratory Failure?
When a patient experiences an acute exacerbation or decompensation of chronic respiratory failure, he has “acute-on-chronic” respiratory failure. It is recognized by any of the following:

About Pam Haney Has 6 Posts

One Response to “Breathe Easy: Coding Respiratory Failure in the Inpatient Setting”