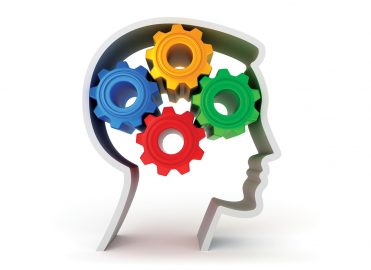 Append these modifiers to your memory.

Have you been using the “X{EPSU}” modifiers? The Centers for Medicare & Medicaid Services (CMS) unveiled the modifiers last summer to serve as “more selective versions of” modifier 59 Distinct procedural service. In case you’ve forgotten, here they are to refresh your memory:
Modifier XE Separate encounter: Used to describe services that are separate because they take place during separate encounters;
Modifier XS Separate structure : Used to describe services that are separate because they are performed on different anatomic organs, structures, or sites;
Modifier XP Separate practitioner: Used to describe services that are distinct because they are performed by different practitioners; and
Modifier XU Unusual non-overlapping service: Used to describe services that are distinct because they do not overlap the usual components of the main service.
In MLN Matters article MM8863, CMS lamented that modifier 59, “the most widely used HCPCS modifier…. is associated with considerable abuse and high levels of manual audit activity; leading to reviews, appeals and even civil fraud and abuse cases.” The X{EPSU} modifiers were introduced because “CMS believes that more precise coding options coupled with increased education and selective editing is needed to reduce the errors associated with this overpayment,” and “The combination of alternative specific modifiers [i.e., the X{EPSU} modifiers] with a general, less specific modifier [e.g., modifier 59] creates additional discrimination in both reporting and editing.”
Although the X{EPSU} modifiers have been effective since January 1, 2015, CMS has continued to accept modifier 59 “in any instance in which it was correctly used prior to January 1, 2015.” In other words, Medicare hasn’t yet required use of the X{EPSU} modifiers in lieu of modifier 59.
Look for Gradual Change in Use
That doesn’t mean you should dismiss the X{EPSU} modifiers as moribund. Although CMS has said, “the rapid migration of providers to the more selective modifiers is encouraged,” its plan has always been to implement the modifiers gradually. MM8863 explains, “Additional guidance and education as to the appropriate use of the new –X {EPSU} modifiers will be forthcoming as CMS continues to introduce the modifiers in a gradual and controlled fashion.”
Just because rollout of the new modifiers has been slow, doesn’t mean it isn’t going to happen. CMS has already stated that “it may selectively require a more specific – X{EPSU} modifier for billing certain codes at high risk for incorrect billing.” To those familiar with CMS pronouncements, this means the agency almost certainly will require the more specific – X{EPSU} modifiers at some time in the future.
Takeaway Message
Be alert for a change and perhaps begin working with your providers now to educate them about documenting key elements (separate anatomic structure, separate encounter, etc.). If CMS and other payers do begin to require X{EPSU} modifiers, the additional documentation detail may be necessary to get the claim paid. For example, CMS could require that a particular National Correct Coding Initiative code pair is payable only with modifier XE, the separate encounter modifier, but not with modifier 59 or other -X{EPSU} modifiers. You might even begin “practicing” with the X{EPSU} modifiers now, so you’re ready for future mandates.

John Verhovshek, MA, CPC, is managing editor at AAPC and a member of the Asheville-Hendersonville, North Carolina, local chapter.

No Responses to “What’s New with X{EPSU}?”