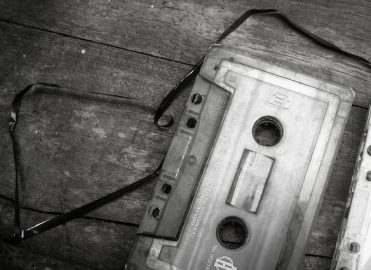 By Charla Prillaman, CPCO, CPC, CPC-I, CCC, CEMC, CPMA
When we audit medical claims for accurate coding, modifier usage is usually included in the findings.  Inaccurate or inappropriate application of modifiers to CPT© codes could result in inaccurate (over or under) payment of claims. Additionally, there are times when application of a modifier following CPT© principle will result in denied claims. When claims are received and processed electronically, payment logic may have been programmed to alleviate the need for personal review and decision making.  Modifier 51 Multiple procedures is a sometimes used, and sometimes not, coding principle.
Coding principles tell us that modifier 51 should be appended when multiple procedures, other than E/M services, Physical Medicine and Rehabilitation services or provision of supplies (eg, vaccines), are performed at the same session by the same individual, the primary procedure or service may be reported as listed. The additional procedure(s) or service(s) may be identified by appending modifier 51 to the additional procedure or service code(s). Note: This modifier should not be appended to designated “add-on” codes (see Appendix D).[1]
As auditors, it is important that we know and apply coding principles, and frequently audit customers who receive audit findings identifying the practice’s non-inclusion of modifier 51. If you are auditing external to the organization requesting the audit, it will serve well to have a “purist” vs. “practical application” conversation, prior to conducting the audit. Internal auditing staff may already have insight into these nuances, but it is important in all cases to describe findings in a way that is useful.
The practical application of whether to append modifier 51 has changed over the years. Many payers have hard-coded their payment software to recognize a claim with two or more (not bundled) CPT© codes, and have applied the 51 modifier logic without using the modifier. To use the modifier in such a case may result in a claims denial due to the software’s inability to process claims with the modifier.
Where payers have provided instruction to *not* use modifier 51, an audit finding of a “missing modifier” will, at best, be confusing to the practice. It could even lead the recipient to question the credibility of the other findings within the audit report.
Examples of instructions:

Medicare does not recommend reporting Modifier 51 on the claim. The claims processing system has hard-coded logic to append the modifier to the correct procedure code.

Medicare does not recommend reporting Modifier 51 on your claim; the processing system has hard-coded logic to append the modifier to the correct procedure code

As an auditor, communication about expectation and standards of the audit will be paramount in understanding how to handle these kinds of payer-specific instructions. One solution that many auditing entities use is to conduct audits by payer and apply payer specific rules. Another solution is to audit from a “purist” coding perspective being sure to help your customer understand where there may be a billing instruction that over-rides the purest coding.
Medical records/claims auditing success is (like most everything) may be dependent on proactive and effective communication. I always recommend ironing out potential variances in advance of beginning audit work to avoid loss of credibility, blind acceptance of findings and changed behavior, re-work and frustration.
Discovering the purpose and desired outcome (i.e., code selections that accurately reflect work done), applying – or not- payer specific rules, establishing a foundation for open and informative post audit conversations will provide your audit clients the information and tools they need to ensure compliant claims submissions.

About Charla Prillaman Has 9 Posts

No Responses to “Is Modifier 51 Becoming Obsolete?”