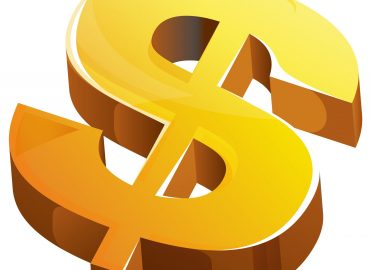 Modifiers are the key to payment for surgical complications. The CPT® codebook and the Centers for Medicare & Medicaid Services (CMS) agree that a complication that requires a return to the operating room (OR) should be paid separately.
For complications requiring additional surgical procedures in the OR that are related to the original surgery, append modifier 78 Unplanned return to the operating room/procedure room by the same physician following initial procedure for a related procedure during the postoperative period to the appropriate procedure code. Under CMS policy for this purpose, an OR is defined as “a place of service specifically equipped and staffed for the sole purpose of performing procedures. The term includes a cardiac catheterization suite, a laser suite, and an endoscopy suite. It does not include a patient’s room, a minor treatment room, a recovery room, or an intensive care unit (unless the patient’s condition was so critical there would be insufficient time for transportation to an OR).”
CPT Assistant Sept. 2010, provides the following coding example:

A partial colectomy was performed in the hospital on March 1. The postoperative period for this procedure (code 44140) is 90 days. On March 15, the patient was returned to the operating room for treatment of partial dehiscence of the incision with secondary suturing of the abdominal wall. The secondary suturing was related to the original surgery.
CPT code reported for the first procedure: 44140
CPT code and modifier reported for the second procedure: 49900-78
Rationale:
Because suturing of the abdominal wall was an unplanned procedure within the global period of the initial procedure to treat a complication, reporting modifier 78 indicates to the third-party payer that the procedure is related to the first procedure. The preoperative and postoperative care services, which are usually a part of the surgical package for a surgery, are not included when modifier 78 is used.

In some cases, modifier 58 Staged or related procedure or service by the same physician during the postoperative period, rather than modifier 78, may properly describe a return to the OR during the global period. The Medicare Claims Processing Manual Chapter 12, Section 40.1.B states, “If a less extensive procedure fails, and a more extensive procedure is required, the second procedure is payable separately.” In such circumstances, modifier 58 is appropriate.
For example, the physician performed a dilation and curettage (D&C) on April 1, followed by a hysterectomy on April 10. In this case, the D&C (e.g., 58120 Dilation and curettage, diagnostic and/or therapeutic (nonobstetrical)) is the initial procedure. The hysterectomy (e.g., 58260 Vaginal hysterectomy, for uterus 250 g or less) is a more extensive procedure during the global period of the initial, related procedure, to which you would append modifier 58.

No Responses to “Applying Modifiers for Post-Op Reimbursement”