Claim All Your Pennies for Discontinued Procedures 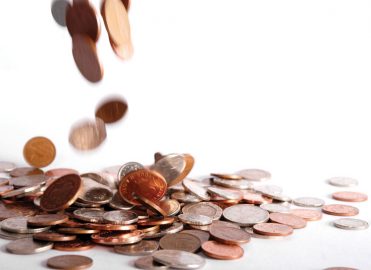 When a procedure is cut short due to complications or risks, be sure to meet payer reporting criteria.

Examples of documentation that would warrant use of modifier 53 include:

In addition to operative notes, the Center for Medicare & Medicaid Services (CMS) requires documentation stating the percentage of the procedure performed; however, most commercial payers will determine the percentage of the procedure completed based on documentation in the operative report.
Reimbursement
Reimbursement for procedures billed with modifier 53 is based on how much of the procedure was performed, as documented in the operative report. This shows the significance of clear and concise documentation detailing the extent of the procedure.
The CMS Physician Fee Schedule Relative Value Files list a separate Relative Value Unit (RVU) for some codes based on modifier 53. For example, CPT® 45378-53 Colonoscopy, flexible, proximal to splenic flexure; diagnostic, with or without collection of specimen(s) by brushing or washing, with or without colon decompression (separate procedure) has already been reduced on the fee schedule. Typically, however, payers manually price procedures billed with modifier 53.
Tips:

Example 1
A patient with pneumonia of an unspecified nature was scheduled by Dr. Bronco’s office for a surgical bronchoscopy with biopsy. On checking in at the endoscopy suite, the patient signs an informed consent. The patient is prepped and draped in normal sterile fashion, general anesthesia is administered, and a flexible bronchoscopy under fluoroscopic guidance is inserted through the oropharynx to the trachea. On visualization, a lung mass is noted. Biopsy forceps are inserted to obtain a biopsy and the patient starts to bleed uncontrollably. At this point, Dr. Bronco decides to terminate the procedure after controlling the bleeding, as this caused evident risk to the patient’s life.
The appropriate procedure code 31628 Bronchoscopy, rigid or flexible, including fluoroscopic guidance, when performed; with transbronchial lung biopsy(s), single lobe is billed with modifier 53 appended to signify the procedure was started and discontinued by the physician, since the risks of continuing the procedure would be high.
Example 2
A patient who has been experiencing severe headaches for the past two month is scheduled for a spinal tap. On arrival, the patient is prepped and sedated. While performing the spinal tap, Dr. Tap realizes the patient is experiencing difficulty breathing and is moving and twisting in pain. Dr. Tap notes that the patient’s well-being is at risk, and decides to immediately halt the procedure.
Code 62270 Spinal puncture, lumbar, diagnostic is billed with modifier 53 appended to alert the payer that the procedure was discontinued. By appending modifier 53 in this instance, you also potentially avoid a denial for duplicate billing if the procedure is completed successfully in the future.
Risk Management Reminder
When a discontinued procedure is aborted as the result of potential risk to a patient’s life, risk management must be notified.
Resources:
AMA, 2015 CPT®   Professional Edition
CMS Medicare Claims Processing Manual, chapter 4, section 20.6.4

Sarah W. Sebikari, MHA, CPC, is employed by Summit Health Management a Physician Practice Management Organization in New Jersey as a coding compliance education lead for their Coding Compliance department. She has been in the healthcare field for over 12 years, with experience spanning from multiple-specialty physician to outpatient coding and reimbursement.