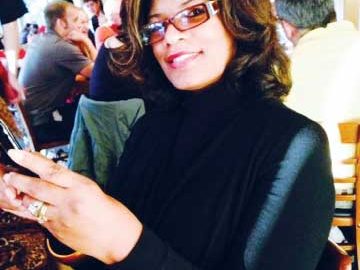 I chose to work in healthcare because I really enjoy helping people. I started as a worker’s compensation collector in patient accounts at Columbia St. Mary’s Hospital. The job had its challenges, but no matter how difficult the claim, I never gave up until it was paid.

Worker’s compensation claims were often denied due to coding errors. For me to conduct proper follow up, I needed to understand the coding part of the bill, so I pursued medical coding.
After graduating from Bryant & Stratton College, I was ready to earn my Certified Professional Coder (CPC®). Or so I thought. The exam was very difficult; I wasn’t able to finish in time. My heart was broken, but I didn’t give up. AAPC gave me a second chance to take the exam and I passed. I was overjoyed!

With a new credential tacked to the end of my name, I started my job hunt. My excitement and enthusiasm quickly diminished as door after door closed in my face due to lack of coding experience.
Two years later, I still hadn’t found work as a coder, so I gave up. I didn’t renew my CPC® credential; I just quit. Shortly after I made that decision, I was offered a position at a different company as supervisor of Accounts Receivable. I worked closely with medical coders, and I knew I made a huge mistake letting my CPC® lapse.
I took a coding refresher course. Later, I was offered a position as coding supervisor at the same company and I accepted – albeit reluctantly because I wasn’t a certified coder. I was so angry with myself for not keeping my CPC®; it was one of the biggest mistakes I’d ever made. Nonetheless, I completed the course, and with fingers crossed, I passed the exam.

Back in the Game

Earning my CPC® a second time opened many doors for me. I networked with other healthcare professionals at a leadership seminar, and the dean of Milwaukee Career College
invited me to speak to students to share my story of how I became a CPC®. I was offered a job as an instructor of Medical Billing and Coding at the college, and I gladly accepted.
After my job ended at the college (due to low student enrollment), I remembered meeting an awesome individual, Adrianne Lovett, PhD, MBA, CCS-P. I applied for a job at the company Adrianne worked for, Aurora Healthcare, in Milwaukee, Wisconsin, and she hired me as a coding education auditor in billing administration. A year later, I accepted a position as a coding instructor. Once again, I was in a position where I had to pass an exam. I have to admit, I was anxious. Thankfully, I earned my Certified Professional Coder-Instructor (CPC-I®).

Never Throw in the Towel

I enjoy my role as coding educator. I share my story with new coders when they threaten to throw in the towel. Define your dream and ignite a burning desire to achieve it. As motivational speaker Earl Knightingale said, “You become what you think about most of the time.”

No Responses to “I Am AAPC: Sylmonia Renee Jenkins, CPC-I, CPC”