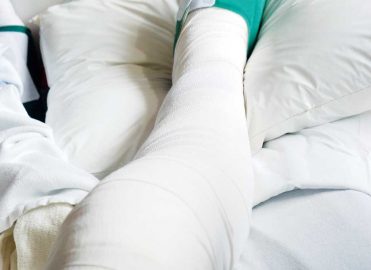 Proper payment relies on a solid understanding of the guidelines.

Many physicians and coders are confused by the differences among CPT® definitions, American Academy of Orthopedic Surgeons (AAOS) Global Service guidelines, and Medicare’s National Correct Coding Initiative (NCCI) guidelines and procedure-to-procedure edits affecting arthroscopic knee CPT® codes. There also is confusion about when modifier 59 Distinct procedural service is required under each set of guidelines; how the rules apply to Medicare vs. non-Medicare claims; and the impact of the X {EPSU} modifiers introduced in 2015. This article clarifies those differences and answers common questions.

Removal of Loose or Foreign Bodies

29874 Arthroscopy, knee, surgical; for removal of loose body or foreign body (eg, osteochondritis dissecans fragmentation, chondral fragmentation)
As is true when reporting chondroplasty, there are differences between CPT® and Medicare reporting requirements when reporting arthroscopic removal of loose or foreign bodies.
Although the CPT® definition does not specify as such, the GSD guidelines clarify that reporting removal of loose or foreign bodies through the arthroscopic sheath is included in the base procedure and that removal of loose or foreign bodies greater than 5 mm and/or through a separate incision is separately reportable. Under these criteria, for a non-Medicare patient, a physician could report loose or foreign body removal using 29874 with a primary service such as meniscectomy or meniscal repair (even from within the same compartment), and you would use modifier 59 to indicate the size or separate incision criteria are met.
For Medicare patients — because G0289 includes the reference “in a different compartment of the same knee” — do not report loose or foreign body removal performed in the same compartment as another procedure, even if the size and incision criteria are met. Report 29874 for a Medicare patient only when it’s the sole procedure performed.
Medicare reinforces its definition of G0289 though an NCCI guideline in chapter IV: “HCPCS code G0289 should not be reported for removal of a loose body or foreign body or debridement/shaving of articular cartilage from the same compartment as another knee arthroscopic procedure.” Report G0289 only if the separate compartment requirement is met in addition to the size or incision expectation.
Table 1 compares the reporting methods for meniscectomy and meniscal repairs with chondroplasty and loose/foreign body removal, separating CPT® and Medicare rules.

29875
29875 Arthroscopy, knee, surgical; synovectomy, limited (eg, plica or shelf resection) (separate procedure)
Limited synovectomy is defined in CPT® as a “separate procedure.” As such, do not report 29875 with another arthroscopic procedure in the same knee. Report it when it’s the only arthroscopic procedure performed on that knee. Compartments are not recognized for the purpose of reporting this CPT® code.
29876
29876 Arthroscopy, knee, surgical; synovectomy, major, 2 or more compartments (eg, medial or lateral)
Major synovectomy involves resection of pathologic synovial disease from two or more knee compartments. To report 29876, it’s not enough for the surgeon to simply “clean up” the joint while performing more extensive surgery. Rather, per “Coding Knee Arthroscopies” by Mary LeGrand (AAOS Now, January 2013), “To report both procedures, the surgeon should document the medical necessity and the performance of a ‘synovial resection’ for pathology — not just cleaning up loose synovium that might be fibrillating in the joint.” The same article provides detailed examples on this topic.
In other words, to report major synovectomy in addition to another arthroscopic knee procedure, documentation must establish pathologic synovial disease. Reporting of this service varies based on CPT® and Medicare rules:
According to CPT®, as long as pathologic synovial disease is present, you may consider 29876 with another arthroscopic knee procedure, even if it occurs in the same compartment — excluding procedures for removal of loose/foreign body or chondroplasty.
Medicare applies a second requirement through an NCCI guideline in Chapter IV. In addition to requiring medical necessity of pathologic synovial disease, 29876 is reported only if no other arthroscopic surgery is performed in the same compartment.

29873 Arthroscopy, knee, surgical; with lateral release
NCCI edits pair 29873 with 29874 and 29877 with a “0” modifier indicator because Medicare requires G0289 to describe either the chondroplasty or loose/foreign body removal when performed with 29873, and to meet the separate compartment criterion. Under CPT® rules, chondroplasty must be performed in a separate compartment to report 29873.

The American Medical Association’s (AMA) CPT® is a set of codes, descriptions, and guidelines intended to define procedures and services. Since 1966, it has been the standard for reporting physician-performed services.
The AAOS developed and maintains a supplemental set of coding guidelines for its members. Introduced in 1991 and called the Complete Global Service Data for Orthopaedic Surgery (GSD), the guidelines provide detail regarding what is included in (or excluded from) every orthopaedic CPT® code. The GSD guidelines clarify details that may not be evident in the CPT® descriptions, but that were applied when the CPT® codes were developed.
The National Correct Coding Initiative (NCCI) is a program developed by the Centers for Medicare & Medicaid Services (CMS) to prevent improper payment of procedures that should not be submitted together. NCCI was first implemented in 1996. NCCI includes a combination of narrative guidelines and code-specific, procedure-to-procedure edits. The edits indicate that two services are never paid together using a designator of “0” and that two services could be paid together if appropriate criteria are met using a designator of “1.” NCCI edits are not all inclusive; just because an edit is not present does not mean code sets may be reported together. There are examples in orthopaedics where an NCCI procedure-to-procedure edit exists between codes; several of these examples affect arthroscopic knee procedures. NCCI has also established narrative guidelines more restrictive than CPT® parameters affecting knee procedures.

As defined by CPT®, the criteria to use modifier 59 Distinct procedural service are:

Separate injury (or area of injury in extensive injuries) not ordinarily encountered or performed on the same day by the same individual.

When CPT® guidelines support reporting both services, modifier 59 may be appropriate to show requirements have been met.
CMS recognizes modifier 59 for Medicare claims, but has instructed providers to only use modifier 59 when there is an NCCI procedure-to-procedure edit between two codes, and only when no other more specific modifier can be used. For a detailed review of how CMS interprets modifier 59, refer to the NCCI guidelines, chapter I, section E. Based on these guidelines, physicians may be able to use the modifier for non-Medicare payers when they may not use it for Medicare claims.
In 2015, CPT® and CMS introduced the X {EPSU} modifiers, which can be used to describe specific circumstances where codes are reported together due to separate encounter (XE), separate provider (XP), separate structure (XS), and unusual non-overlapping service (XU) factors. Because the knee is a single structure, it’s not appropriate to use modifier XS with a second procedure in the ipsilateral knee. The concept of anatomic compartments in the knee, described elsewhere, do not qualify as separate structures. These modifiers are not used with another, more appropriate modifier (e.g., modifier 59).

Sarah Wiskerchen, MBA, CPC, is a senior practice management consultant with Chicago-based KarenZupko & Associates. She specializes in CPT® and ICD-10 orthopaedic coding education, reimbursement analysis, and process consulting. Wiskerchen works with orthopaedic; ear, nose, and throat; and neurosurgery practices, nationally. She is a member of the Oakbrook, Ill., local chapter.