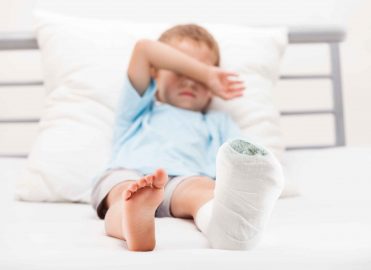 Dislocations are joint injuries that force the ends of your bones out of position. The cause is often a fall or a blow (for instance, sustained while playing a contact sport). Joints that can dislocate include:

For example, nursemaid’s elbow is a partial dislocation common in toddlers. The main symptom is refusal to use the arm. Nursemaid’s elbow can be easily treated in a doctor’s office.
A dislocated joint may be accompanied by numbness or tingling at the joint or beyond it. Additional signs and symptoms may include

Complications of a joint dislocation may include:

If ligaments or tendons that support the injured joint have been stretched or torn, or if nerves or blood vessels surrounding the joint have been damaged, surgery may be required to repair the tissues.

Dislocations may further be defined by positioning:

The encounter should also be documented such as initial encounter, subsequent encounter, or sequela.

A for initial encounters: This means the patient is receiving active medical treatment. Examples of active treatment are surgical treatment, emergency department encounter, and evaluation and treatment by a new physician.
D for subsequent encounter: This means the patient is receiving routine care after completed active treatment. Examples are follow-up care, cast change or removal, removal of external or internal fixation device, and medications adjustment.
S to indicate a sequela of the condition. The sequela are the residual effecst (condition produced) after the acute phase of a illness or injury has terminated