Hold Strong When Shoulder Arthroscopy Weighs You Down 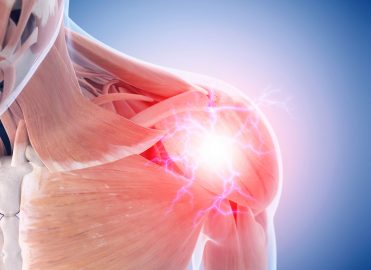 Here is coding guidance to lift the weight from your shoulders.

The Centers for Medicare & Medicaid Services (CMS) and the American Academy of Orthopaedic Surgeons (AAOS) have opposing views on shoulder anatomy. AAOS recognizes the glenohumeral joint, the acromioclavicular (AC) joint, and the subacromial bursa as separate anatomic areas. CMS, by contrast, considers the shoulder to be a single anatomic region.

Understand the
Differences and Challenges

When determining whether the charges support 29824, you must review the records to determine:

If the answer is yes to all three of these questions, you may report 29824. If the answer is no to any question, a more appropriate code may exist. For example, bone removal of less than 8 mm is a debridement, such as CPT® 29822 or 29823 Arthroscopy, shoulder, surgical; debridement, extensive (see: AMA CPT® Changes: An Insider’s View 2002 and AAOS “April 2004 Bulletin”).
If the provider is addressing the AC joint, coding may be more challenging. If the surgeon notes creating a 1 cm space at the AC joint, he or she is referring to the distal end of the clavicle and the acromion. This is insufficient documentation to support either 29824 or 29826.

Debridement is reported as either limited (29822) or extensive (29823). To report the extensive debridement, documentation must indicate anterior and posterior sites, multiple sites (usually three or
more), and/or abrasion chondroplasty. In comparison, limited debridement involves only a couple of sites.
Example: A provider performs a subacromial decompression, biceps tenotomy, and debridement of the anterior labrum. Proper coding is 29823. If the provider only performs two of the three procedures, proper coding is 29822.

Providers must document the type of superior labrum from anterior to posterior (SLAP) to determine the correct code. There are four types of SLAP:
Type I is always 29822, which is a debridement.
Type III is either a debridement under 29822 or a SLAP repair under 29807 Arthroscopy, shoulder, surgical; repair of SLAP lesion. Base your coding on the documentation. If the provider documents a type III repair, report 29807. If debridement is documented, report 29822.
Type II and IV are coded 29807. Documentation must be specific to the type and procedure performed to determine proper coding.

CPT® 29999 is often incorrectly reported for coracoid decompression, biceps tenotomy, and microfracturing.
The coracoid is connected to the acromion by the coracoacromial ligament. Release of the coracoacromial ligament is an inclusive component of 29826. The procedure does not require the release to be proximal to either the acromion or the coracoids; and because the code includes the coracoacromial ligament, it includes the coracoid process.
Subacromial decompression without acromioplasty is considered debridement. Coracoid decompression is, likewise, a form of debridement. Coracoid decompression is included in 29826 when acromioplasty is performed; otherwise, it is considered debridement under 29822 or 29823, depending on the extent of the debridement.
Biceps tenotomy (the removal of damaged tissue to promote healing) also meets the definition of debridement (29822 or 29823). The release of the biceps tendon allows the inflamed tissue to leave the shoulder joint and fall into the upper arm.
Microfracturing is performed by drilling small holes (2-3 mm deep) into the bone to promote healing of healthy bone. Because anything less than 8 mm of a distal claviculectomy is considered debridement, 2-3 mm of microfracturing meets the definition of debridement for 29822 or 29823 (depending on the extent of the debridement).

Under the National Correct Coding Initiative (NCCI) edits used by Medicare, Medicaid, some workers’ compensation payers, and some other commercial health payers, providers may never use an NCCI modifier, such as 59 Distinct procedural service, XE Separate encounter, XP Separate practitioner, XS Separate structure, or XU Unusual non-overlapping service to bypass the procedure-to-procedure edits in place for should surgery, unless the service is performed on the opposite shoulder. NCCI is required for use by Medicaid per the Affordable Care Act, and it has been adopted by 20 states for workers’ compensation. Many commercial carriers have also adopted NCCI, sometimes with modifications to reflect payer-specific medical policies and reimbursement methodologies.

Many arthroscopic shoulder surgeries are reported as debridement with 29822 or 29823; however, when performed with another arthroscopic shoulder procedure on the same shoulder, the debridement is bundled into the primary surgical code(s) (if subjected to NCCI edits).
Bottom line: Coders and providers must be aware of the documentation requirements for proper coding of shoulder procedures.

Michael Strong, MSHCA, MBA, CPC, CEMC, is the bill review technical specialist at SFM Mutual Insurance Company. He is a former senior fraud investigator with years of experience performing investigations into fraud and abuse. Strong also is a former EMT-B and college professor of health law and communications. He is a member of the St. Paul, Minn., local chapter, and can be contacted at michaelallenstrong@yahoo.com.

No Responses to “Hold Strong When Shoulder Arthroscopy Weighs You Down”