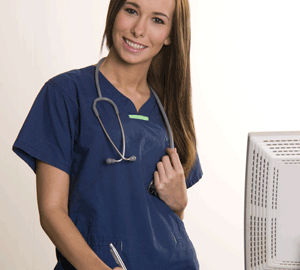 When discussing the body planes, we look at the body in anatomical position, which is erect with feet slightly apart and palms facing forward, with thumbs pointing away from the body.
Body planes include the frontal plane, also referred to as the coronal plane, which divides the body into front, or anterior, and back, or posterior, sections. The sagittal plane divides the body into right and left portions. The midsagittal or medial plane divides the body into equal portions on the right and left. The transverse plane divides the body into top, or superior, and bottom or inferior, sections.
Some directional terms to review include frontal, which refers to the front or anterior portion of the body, and dorsal, which refers to the back or posterior portion of the body. Superior refers to the top of the body or above, and Inferior or Caudal means the bottom of the body or below. Lateral is to the side (your arms are lateral to your midline). Medial means toward the middle (your abdomen is medial to your arms). Supine is facing up, and prone is facing down. Erect, as we discussed in the anatomical position, is standing up. Decubitus is lying down.
Oblique means the body is at a slanted position; it does not face frontal or lateral, but at an angle. Lateral, when referring to X-ray projection, means the X-ray beam travels through the side of the body. Anteroposterior is when the projection is from front to back, or anterior to posterior. Posteroanterior occurs when the projection is from back to front, or posterior to anterior. A cone view is a focused or spot view.
Additional terms include proximal, which is closer to the point of attachment to the body. For instance, the elbow is proximal to the wrist because the shoulder is the attachment of the limb to the body, and the elbow is closer to the shoulder than the wrist. Distal is away from the point of attachment; therefore, the wrist is distal to the elbow. In other words, the wrist is further from the shoulder (which is our point of attachment) than the elbow. Flexion is the bending of a joint to reduce the angle of the joint. Extension is straightening the joint, which increases the angle of the joint.