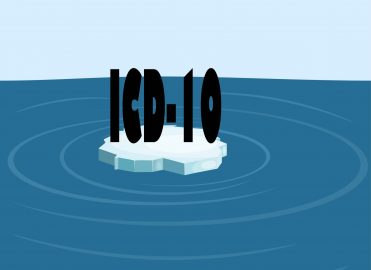 Despite a chilly reception, ICD-10 was successfully implemented on October 1, 2015. Now it’s time to heat things up. At the ICD-10 Coordination and Maintenance Committee meeting, March 9-10, 2016, stakeholders proposed 1,900 code changes to ICD-10-CM and several last-minute changes to the ICD-10-PCS code set, which already has 3,651 new codes approved for October 1, 2016 implementation.
It’s been four years since the last regular annual update to the ICD-9-CM and ICD-10 code sets. Between 2012-2014, both code sets received only limited updates to capture new technologies and diseases. Last year, those limited updates were reserved for ICD-10. The partial code freeze ends October 1, 2016.
Now comes the daunting task of updating ICD-10 with a backlog of needed code changes, many of which have been requested by special interest groups for the past few years.

To date, there are 1,900 new ICD-10-CM codes proposed for the October 2017 release. Of that number, there are 313 deletions and 351 revised codes. The codes are posted on the Centers for Disease Control and Prevention National Center for Health Statistics website.
Although most of the codes discussed at the meeting are proposed for 2017 release, a few codes will be released early, such as the new Zika virus code (A92.5).
Related article: Zika Virus Outbreak: Keep Calm, Treat Patients, and Code
Among the many proposed updates in the Tabular List, a large chunk occurs in categories H54 Blindness and low vision and O00 Ectopic pregnancy.
The American Congress of Obstetricians and Gynecologists’ (ACOG) request for new codes to capture multiple gestational pregnancy with co-existing ectopic and intrauterine pregnancies has already been approved for the October 2016 addenda. According to ACOG, new codes are necessary to recognize the increased incidence of ectopic pregnancy occurrence with the use of assisted reproductive technologies. At the meeting in March, ACOG requested to amend their proposal to include laterality. “Laterality is important to track since patients who have had ectopic pregnancies in the past are more likely to have subsequent ectopic pregnancies,” ACOG said.
According to AAPC’s vice president of strategic development, Rhonda Buckholtz, CPC, CPMA, CPC-I, CENTC, CGSC, COBGC, CPEDC, “Many codes added the laterality as concepts that were previously missing, such as in the diabetic retinopathy codes. Others added codes for conditions that appeared to be missing in ICD-10-CM, such as pulsatile tinnitus. There were also many changes in injury coding and fractures.”

To date, there are 75,625 ICD-10-PCS codes for fiscal year (FY) 2017. Of that number, 3,651 are new codes and 487 are revised. And of those new codes, a whopping 3,549 (97 percent) are in the cardiovascular system section. Many of these changes revolve around cardiac coding and providing options we had in ICD-9 that were missing in ICD-10.
These new and revised codes have already been approved at previous meetings for the October 1, 2016 release. After the March 9-10 meeting, however, there may be more changes to the code set.
Details of the latest proposed codes can be found in the ICD-10 Coordination and Maintenance Committee’s March 9-10 meeting agenda. The complete list of proposed new and revised codes for ICD-10-PCS is available on the CMS.gov website.
The deadline for public comment on the proposed code changes is April 8, 2016. Send your comments to ICDProcedureRequest@cms.hhs.gov. Notice of proposed rulemaking will be published this April in the Federal Register. The final rule with codes to be implemented October 1, 2016, will be released August 1, 2016.
You can watch the committee meeting in its entirety on youtube.

No Responses to “Prepare for Thousands of ICD-10 Code Changes”