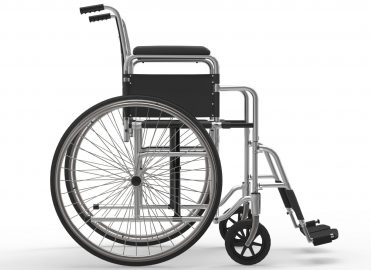 Section 2 of the Patient Access and Medicare Protection Act (PAMPA) mandates that adjustments to the 2016 Medicare fee schedule amounts for certain durable medical equipment (DME) not be applied to wheelchair accessories and seat and back cushions in connection with Group 3 complex rehabilitative power wheelchairs. Until the Medicare claims processing systems implement this change, however, payment for these items will be based on the adjusted fee schedule amounts.
The Centers for Medicare & Medicaid Services has released the list of HCPCS Level II codes for wheelchair accessories affected by PAMPA. Group 3 complex rehabilitative power wheelchair bases are currently described by HCPCS Level II codes K0848 through K0864.

PAMPA was signed into law on December 28, 2015. Beginning January 1, 2016, the DME fee schedule rates are adjusted to reflect information from the DMEPOS competitive bidding program as required by section 1834(a)(1)(F)(ii) of the Social Security Act. These adjustments are being phased in during the initial 6 months of 2016 so that the fee schedule amounts in all areas will be based on a 50/50 blend of current rates and adjusted rates, according to the Centers for Medicare & Medicaid Services (CMS).
Although PAMPA mandates have already gone in effect, they will not be implemented any sooner than July 1, 2016. Meanwhile, payment for the excluded DME will be based on the adjusted fee schedule amounts. The average adjustments to the 2016 rates in the transition period is approximately a 10 percent reduction.

On or after July 1, 2016, suppliers can adjust previously paid claims with dates of service on or after January 1, 2016, to receive the full fee schedule amount. Suppliers may submit a single advance payment request for multiple claims for an eligible period of time (An advance payment is a conditional partial payment, which requires repayment). Advance payments may be issued when the conditions described in CMS regulations at 42 CFR Section 421.214 are met. To apply for an advance payment, Medicare suppliers are instructed to submit the request to their appropriate Medicare administrative contractor.
Sources:
MLN Connects Provider eNews, March 24, 2016
CMS DME Center Spotlights, List of Codes Affected by PAMPA