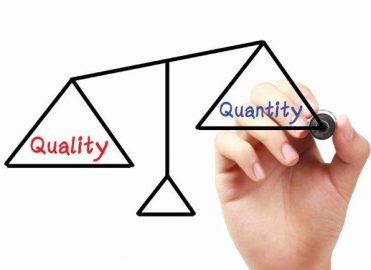 Move over SGR. Quality performance and reporting payment methodology is replacing you.

The sustainable growth rate (SGR) payment formula is gone, replaced by the Merit-based Incentive Payment System (MIPS), signed into law April 16, 2015.
Ironically, the SGR became unsustainable within a few years of its introduction. Nearly every year for the past decade and a half, the SGR formula threatened healthcare providers (doctors of medicine, osteopathic doctors, nurse practitioners, physician assistants, and others paid under the fee-for-service [FFS] reimbursement system) with payment reductions. And in nearly all of those years, Congress stepped in to prevent the cuts. These temporary fixes only compounded potential reductions in the years ahead. Providers were faced with a 21 percent reduction last year, just before Congress put an end to the SGR, once and for all.
Budget Neutrality Slowly Kills Reimbursement
By adopting a program of “budget neutrality” in response to the SGR cuts, Congress effectively froze provider payments at the 2001 level. Not only have providers not received a raise in the intervening years, in real terms their income has fallen because Medicare reimbursements have not kept pace with rising expenses (for example, information technology infrastructure and staffing costs). If we assume a (very conservative) 3 percent cost-of-living increase, per year, Medicare reimbursements have lost nearly 50 percent of their value in the last 15 years. Providers who feel as though they must now work more to make less are not necessarily mistaken.
Enter 2018 MIPS
Unless you are (partially or fully) participating in an alternative payment model — or you are in a program not subject to MIPS (i.e., federally qualified health centers [FQHCs]) — MIPS goes into effect, by law, January 2018.
Congress has mandated that for the first five years, 50 percent of Medicare money must be “at risk.” By 2023, that number rises to 75 percent. The “at risk” portion of Medicare payments is that which may be reduced if providers do not meet defined performance standards. Providers who score well on performance standards may receive higher payment for services than they did under FFS. The more Medicare patients a provider sees, the greater the potential penalties or rewards. This has many providers questioning whether they want to continue participating in Medicare.
MIPS measures four basic elements, each focused on quality performance and reporting.

Medicare Pushes Providers to Higher Standards
Under MIPS, providers will be compared to peers in their geographic locale. The determination of success or failure will be clearly demarcated. Provider performance will be measured via linear analysis: If 69.9 means failure and 70 is passing, there will be no rounding up. The intent is to push providers toward a higher standard. Ideally, there will be continuous reporting allowing immediate and ongoing feedback to the practice and providers, so adjustments can be made.
Beginning in 2019, MIPS and alternate payment models will drive all Medicare-related payments. Billing and coding will remain important because practices, hospitals, and durable medical equipment vendors still will be paid based on services rendered under the FFS, volume-based system. The major difference is there will be a negative, zero, or positive payment adjustment that depends on successful participation with MIPS or other approved payment model. We also can be sure the private payers are watching, as these quality analytics will likely be available for all to see and compare. As such, it won’t take long for the UnitedHealthcares, Anthems, Cignas, Aetnas, and Humanas of the world to move forward with similar (if not the same) methodology.
FFS medicine may not be history, but the manner in which it will run — and how we will be paid — is rapidly changing. Be educated, be prepared, and be successful.

Douglas J. Jorgensen, DO, CPC, FAAO, FACOFP, CAQ Pain Medicine, is founder and owner of Patient360 (a Medicare-approved PQRS entity), which was one of the original private registries when the physician quality reporting program began. He lectures nationally on billing and coding issues, as well as authors articles for peer reviewed medical journals and national newsletters. In addition to litigation consultancy and expert witness work, Jorgensen consults for the FBI, Drug Enforcement Administration, and the Office of Inspector General. With his twin brother, Ray Jorgensen, CPC,  he released a best-selling healthcare reimbursement guide, “A Physicians Guide to Coding and Billing.” Jorgensen is a member of the Lewiston, Maine, local chapter.