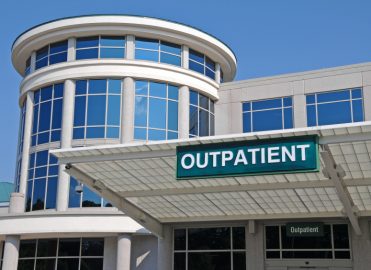 The July 2016 update to the Outpatient Prospective Payment System (OPPS) includes key changes to, and billing instructions for, various payment policies, as indicated in the 2016 OPPS final rule.

The Centers for Medicare & Medicaid Services (CMS) revised IMRT planning billing instructions, per the 2016 OPPS final rule, effective January 1, 2016. Instructions are being revised to clarify that payment for services identified by Radiology CPT codes 77014, 77280, 77285, 77290, 77295, 77306-77321, 77331, and 77370 are included in the Ambulatory Payment Classification (APC) payment for CPT code 77301 Intensity modulated radiotherapy plan, including dose-volume histograms for target and critical structure partial tolerance specifications. You should not separately report these codes when provided prior to, or as part of, the development of an IMRT plan.

CMS is also setting the record straight on “eye lift” surgery: Medicare does not allow separate payment for a blepharoplasty procedure (CPT codes 15822-15823) in addition to a blepharoptosis procedure (CPT codes 67901-67908) on the ipsilateral upper eyelid. Nor does CMS permit operating on the left and right eyes on different days when the standard of care is bilateral eyelid surgery.
Additionally, providers should not:

CMS is revising its policy to clarify providers should not separately report non-therapy outpatient department services that are “adjunctive,” or similar, to a comprehensive APC (C-APC) procedure (SI J1), or the specific combination of services assigned to the Observation Comprehensive APC 8011 (SI J2), with therapy CPT codes — namely, outpatient physical therapy, outpatient speech-language pathology, and outpatient occupation therapy furnished either by therapists or non-therapists, and included on the same claim as the C-APC procedure.
Effective July 1, report non-therapy outpatient department services that are adjunctive to J1 or J2 procedures with revenue code 0940 Other therapeutic services. The SI for 0940 is changing from B Not allowed item or service for OPPS to N.
This policy revision is effective for claims received on or after July 1, 2016, with dates of service on or after January 1, 2015.

Also effective July 1 are nine new Category III codes. Category III code 0438T Transperineal placement of biodegradable material, peri-prostatic (via needle), single or multiple, includes image guidance will replace HCPCS Level II code C9743 Injection/implantation of bulking or spacer material (any type) with or without image guidance (not to be used if a more specific code applies). See Addendum B of the July 2016 OPPS Update for a complete listing of new codes.

Payments for drugs and biologicals based on the average sales price (ASP) are updated on a quarterly basis. Updated payment rates effective July 1 and drug price restatements are available in the July 2016 update of the OPPS Addendum A and Addendum B. Providers should resubmit claims affected by adjustments to previous quarter’s payment files.
Five drugs and biologicals have been granted OPPS pass-through status, effective July 1. They are described by HCPCS Level II injection codes C0476-C9480.
Coding Tip: Each vial of C9479 Instillation, ciprofoxacin otic suspension, 6 mg contains 60 mg, or 10 doses. If one single-use vial is used for both patient’s ears, and the remainder of the vial is unused, report two units. Report the discarded portion with modifier JW Drug amount discarded and not administered to any patient.

Don’t Miss These Changes for Reporting Drugs and Biologicals

No Responses to “New Codes and Billing Instructions Effective July 1”