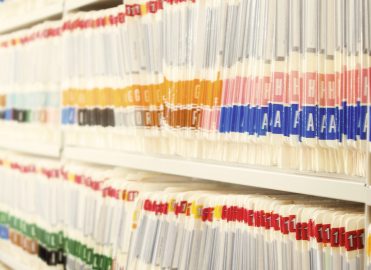 Many coders rely on computer software edits for coding guidance. Remember that the software edits are only as effective as the way they were programmed. As a coder, understand why the edits were programmed and don’t be afraid to follow your company policy to request a correction to an edit that is incorrect.
As an example, we will discuss the National Correct Coding Initiative (NCCI) edits. CMS created NCCI edits to promote national correct coding methodologies and to control improper coding leading to inappropriate payment in Part B claims. CMS has published, on their website, the NCCI Policy Manual for Medicare Services, which is updated annually in January, and the procedure-to-procedure (PTP) edits, which are updated quarterly. There are two links for physician coding and two links for hospital coding.
The NCCI edits are in an excel format with code combinations. Each code combination will have either an indicator of “0,” which means a modifier is not allowed; “1” a modifier is allowed; or, “9” not applicable. When a code combination has an indicator of “1,” and the criteria was met to support modifier 59 Distinct procedural service, the modifier is appended to the CPT® code in column 2. If the indicator is a “0,” it is not appropriate to code the two CPT® codes together. These codes are not meant to be paid separately, even if the CPT® code in column 2 is reported with a modifier 59.
Modifier 59 is appropriate when one of the following criteria is met and documented in the medical record.: Documentation must support a different session, different procedure or surgery, different site or organ system, separate incision/excision, separate lesion, or separate injury (or area of injury in extensive injuries) not ordinarily encountered or performed on the same day by the same individual.
Neither modifier 59 nor the subset of X{EPSU} modifiers should be appended simply to bypass the NCCI edit.
CMS also has published an article regarding the proper use of modifier 59, “Modifier 59 Article: Proper Usage Regarding Distinct Procedural Service.” Find time to read the article located on the CMS website.
Modifier 59 often is referred to the modifier of “last resort.” It should be used when no other modifier is appropriate. Don’t forget about the subset of modifier 59; modifiers X{EPSU}, which follow the same guidelines. Medicare created these modifiers effective January 1. 2015 and most insurance companies are also accepting them.