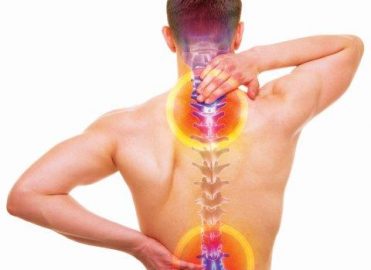 A common question among coders and spine surgeons is whether to bill 63056-59 with 22633, or 63047-59. The answer is complex, but CPT® and Medicare guidelines provide essential guidance.

The primary codes we’ll discuss are 22630, 22633, 63047, and 63056. Although not listed below, the advice given here also applies to respective add-on codes: 22632, 22634, 63048, and 63057.
CPT® codes:
22630 Arthrodesis, posterior interbody technique, including laminectomy and/or discectomy to prepare interspace (other than for decompression), single interspace; lumbar
22633 Arthrodesis, combined posterior or posterolateral technique with posterior interbody technique including laminectomy and/or discectomy sufficient to prepare interspace (other than for decompression), single interspace and segment; lumbar
63047 Laminectomy, facetectomy and foraminotomy (unilateral or bilateral with decompression of spinal cord, cauda equina and/or nerve root[s], [eg, spinal or lateral recess stenosis]), single vertebral segment; lumbar
63056 Transpedicular approach with decompression of spinal cord, equina and/or nerve root(s) (eg, herniated intervertebral disk), single segment; lumbar (including transfacet, or lateral extraforaminal approach) (eg, far lateral herniated intervertebral disc)
Code 22630 describes a posterior lumbar interbody arthrodesis, also known as fusion. Code 22633 describes a posterior lumbar interbody fusion and a posterolateral fusion performed at the same interspace and segment (also called spinal level, such as L4-L5). CPT® introduced 22633 in 2012 to represent the combination of 22630 and 22612 Arthrodesis, posterior or posterolateral technique, single level; lumbar (with lateral transverse technique, when performed) at the same level.
Both 22630 and 22633 include “laminectomy and/or discectomy to prepare the interspace other than for decompression” [emphasis added]. Therein lies the confusion: What constitutes decompression that can be separately reported with a Nervous System code?
Note that the posterior spine arthrodesis codes are in the Musculoskeletal System section of CPT® (22590-22634), while the posterior spine decompression codes are in the Nervous System section of CPT® (63001-63066). This is an important distinction that we’ll discuss further.
Coding Guidelines: 63056 with 22630/22633
CPT® Assistant (November 2011) addresses whether you may report 63056 with 22633. Although the guidance specifically concerns 22630, it logically also applies to 22633 (even though 22633 was not introduced until the following year) because 22633 includes 22630:

Question: May both codes 63056, Transpedicular approach with decompression of spinal cord, equina and/or nerve root(s) (eg, herniated intervertebral disk), single segment; lumbar, and code 22630, Arthrodesis, posterior interbody technique, including laminectomy and/or discectomy to prepare interspace (other than for decompression), single interspace; lumbar, be reported for the same interspace/segment?
Answer: No. To report both codes 63056 and 22630 for the same interspace/segment would represent duplicative work. For posterior (PLIF) or transforaminal (TLIF) approach lumbar interbody fusions, CPT code 22630 is used, and the dissection needed to access the disc space in these approaches is considered an incidental component of the fusion procedure. Although code 22630 includes the phrase “including … discectomy to prepare interspace (other than for decompression)” and code 63056 is a discectomy for decompression, the discectomy described in code 22630 is either the same or more extensive than the discectomy described in code 63056.

It’s not proper to report both 63056 and 22633 (or 22630) for procedures at the same spinal level (e.g., L4-L5).
Coding Guidelines: 63047 with 22630/22633
Whether to report 63047 with a posterior lumbar interbody fusion (22630 or 22633) is clear when reviewing CPT® coding guidelines. These arthrodesis codes specify “including laminectomy and/or discectomy to prepare interspace (other than for decompression),” which implies that a laminectomy and/or discectomy code may be separately reported with 22630/22633 when the service is performed for decompression.
CPT® Assistant (January 2001) addresses reporting 63047 with 22630 in response to the following questions.

Question: In what procedural circumstance would the 63001-63048 code(s) be reported in addition to code 22630? Similarly, in what procedural circumstance would code(s) 63075-63078 be reported in addition to code 22554?
Answer: For both codes 22554* and 22630, if the surgeon is removing disk and/or bony endplate solely with the need to prepare the vertebrae for fusion; then no additional 63000 series code(s) is reported. The appropriate 63045-63048, 63075-63078 code(s) should be reported, when in addition to removing the disk and preparing the vertebral endplate, the surgeon removes posterior osteophytes and decompresses the spinal cord or nerve root(s), which requires work in excess of that normally performed when doing a posterior lumbar interbody fusion (PLIF).

*Note that it is no longer accurate to report 63075 Discectomy, anterior, with decompression of spinal cord and/or nerve root(s), including osteophytectomy; cervical, single interspace with 22554 Arthrodesis, anterior interbody technique, including minimal discectomy to prepare interspace (other than for decompression); cervical below C2 because the combination of these two codes, at the same interspace, was changed in 2011 to 22551 Arthrodesis, anterior interbody, including disc space preparation, discectomy, osteophytectomy and decompression of spinal cord and/or nerve roots; cervical below C2.
Although there is some overlap between the posterior lumbar interbody fusion codes (22630, 22633) and a decompression code (63047), the clinical example for 22633 published in CPT® Changes 2012: An Insider’s View specifically states that decompression may be separately reported. Per the clinical example, “The necessary portion of the facet joint is removed along with the lateral aspect of the lamina are removed to expose the disc space.” The overlap in services is with the exposure necessary for 22633: Any laminectomy and facetectomy necessary to access the interspace are included in 22633 as part of the approach to perform the interbody fusion. Although newer surgical techniques — such as a transforaminal lumbar interbody fusion (TLIF) — might be performed with a unilateral approach, 22630/22633 are considered to be performed on both sides of the spine, and modifier 50 Bilateral procedure does not apply.
The clinical example also states, “The disc space is identified and the posterior annulus is incised, followed by removal of disc material sufficient to allow creation of a bone graft recipient bed.” Because a significant portion of the intervertebral disc must be removed to perform an interbody fusion, a lumbar discectomy (63030, 63042) is an integral element of the procedure and should not be reported with 22630 or 22633. Laminectomy, facetectomy, and discectomy necessary for exposure and access to the interspace are included and would not constitute use of a separate CPT® code for decompression because the services were necessary to accomplish the primary procedure (22630, 22633).
The clinical example for 22633 goes on to state that additional decompression beyond the necessary laminectomy, facetectomy, or discectomy to access the interspace may be separately reported. Typically, 63047 reports that additional decompression work.
In other words, 22630/22633 includes the necessary laminectomy and facetectomy for exposure of and access to the interspace, but the interbody fusion codes do not include a complete laminectomy for thecal sac decompression or foraminotomies for spinal nerve root decompression.
The bottom line is that CPT® considers 63047 with 22630 or 22633 to be an accurate code combination when additional bony work beyond that necessary for exposure of and access to the interspace is performed to accomplish decompression of the thecal sac and/or spinal nerve(s). It’s imperative for the physician documentation to reflect this additional work in the operative report (in the operation statement, at the top of the note, and within the body of the operative report).
Medicare Guidelines: 63047 with 22630/22633
Although CPT® allows 63047 to be reported with 22630 or 22633, Medicare prohibits payment for 63047 when performed at the same interspace as the interbody fusion. This is documented in Chapter 8 of the National Correct Coding Initiative (NCCI) edit guidelines, effective January 1, 2015:

24. CMS payment policy does not allow separate payment for CPT codes 63042 (laminotomy…; lumbar) or 63047 (laminectomy…; lumbar) with CPT codes 22630 or 22633 (arthrodesis; lumbar) when performed at the same interspace. If the two procedures are performed at different interspaces, the two codes of an edit pair may be reported with modifier 59 appended to CPT code 63042 or 63047.

Medicare’s decision to disregard CPT® coding rules, and not to pay for decompression, is unfortunate. The ramifications of the conflicting guidelines have resulted in lower physician payments and a loss in work relative value units credited for physician compensation. Specialty society attempts to reverse Medicare’s decision have been unsuccessful. These failed efforts to repeal the NCCI guideline were noted by John Kevin Ratliff, MD, FAANS, in AANS Neurosurgeon (Vol. 25, No. 1), 2016, “We reached out to the NCCI team and made our case. We reviewed our literature with them, and they acknowledged our concerns. Finally, a group of representative spine surgeons reviewed the matter with both NCCI and the CMS. CMS chose to not overturn the edit.”
Modifier 59 Use
The CPT® description for modifier 59 Distinct procedural service states, “Documentation must support a different session, different procedure or surgery, different site or organ system, separate incision or excision, separate lesion, or separate injury (or area of injury in extensive injuries) not ordinarily encountered or performed on the same day by the same individual.”
As previously stated, arthrodesis occurs on the musculoskeletal system and decompression occurs on the nervous system. As such, CPT® allows modifier 59 to be appended to 63047 when reported with 22630/22633 because the decompression work is performed in a different organ system — even though it’s within the same incision. Payers that follow CPT® coding guidelines permit you to report 63047-59 — or even 63047-51 Multiple procedures — with 22630/22633 for procedures at the same interspace (e.g., L4-L5).
It’s also acceptable to report to Medicare 63047 (without a modifier) with 22630/22633 to show that the work was performed. Medicare will deny 63047; this denial should be accepted and not appealed. Some secondary payers may reimburse 63047 if Medicare does not, but 63047 must be on the original claim submitted to Medicare. Do not append modifier 59 to 63047 on a Medicare claim when the decompression and interbody fusion were performed at the same interspace (e.g., L4-L5).
Table 1 shows examples of the arthrodesis and decompression codes for procedures performed at the same interspace for Medicare and non-Medicare payers.
Table 1:

Although Medicare guidelines disallow modifier 59 when decompression and fusion are performed at the same interspace, it may be used when the procedures are performed at different interspaces. For example, a combined posterior lumbar interbody fusion and posterolateral fusion at L5-S1, with an adjacent posterolateral fusion at L4-L5, with decompression at both L5-S1 and L4-L5, may be reported to Medicare with 22633 (L5-S1), +22614 Arthrodesis, posterior or posterolateral technique, single level; each additional vertebral segment (List separately in addition to code for primary procedure) (L4-L5) and 63047-59 (L4-L5).
Table 2 shows examples of the arthrodesis and decompression codes for procedures performed at different interspaces for Medicare and non-Medicare payers.
Table 2

It All Depends on the Procedure and Payer
Although CPT® coding guidelines conflict with Medicare payment guidelines, each guidance is clear: Do not report 63056, 63030, or 63042 with 22630 or 22633 at the same level for any payer, as these services are part of the approach or access to the interspace. You may report 63047 with 22630 or 22633 for decompression and interbody fusion at the same level for payers who follow CPT® guidelines, but you may not append modifier 59 to 63047 for Medicare claims.

Kim Pollock, RN, MBA, CPC, CMDP, is a senior consultant and speaker with KarenZupko & Associates, Inc., a physician practice management consulting and training firm based in Chicago, Ill. She is on the faculty for the American Association of Neurological Surgeons coding and reimbursement courses.