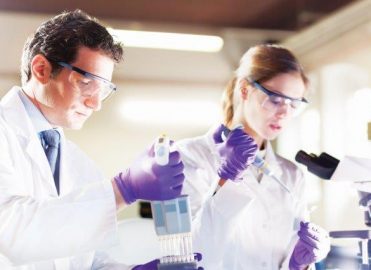 A final rule the Centers for Medicare & Medicaid Services (CMS) published in the Federal Register on June 27 requires entities performing clinical diagnostic laboratory tests to report private payer rates for lab tests. CMS will use this data to calculate Medicare rates for lab tests paid under the Clinical Laboratory Fee Schedule (CLFS) beginning Jan. 1, 2018 — one year later than the proposed start date.
The additional year was given to allow labs more time to develop the information systems necessary to collect, review, and verify the data before reporting. In the interim, CMS will perform independent validation and testing of the system through which labs will report, and labs will have time to perform end-to-end testing of their systems with CMS’ system.

Not All Labs Are Affected

Applicable labs should begin to collect private payer data from Jan. 1, 2016 through June 30, 2016 (instead of a full year, as proposed), and report it to CMS between Jan. 1, 2017, and March 31, 2017. New rates will be posted by Nov. 17, 2016, and take effect Jan. 1, 2018.
This data collection and reporting schedule will occur every three years for clinical diagnostic laboratory tests, and every year for advanced diagnostic laboratory tests.
By law, the payment amount for a test cannot drop more than 10 percent as compared to previous payment amounts the first three years (2018-2020), and not more than 15 percent per year for the following three years (2021-2023).
CMS provides the following example to show how Medicare will implement the payment reduction limit:

The Stakes are High

Applicable entities that do not comply with the requirements in this final rule could face a much greater financial loss than a 10- to 15-percent decline in rates. According to the Social Security Act, Section 1834A(a)(9)(A), labs can be slapped with a civil monetary penalty in an amount of up to $10,000 per day for each failure to report, or each misrepresentation or omission.