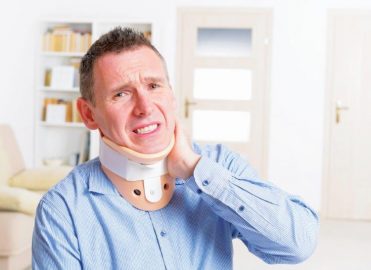 Part 1: Arm yourself with bundling rules and medical policy knowledge.

Cost control and denials are common in orthopedic care. Over the next two months, we’ll review common mistakes that lead to orthopedic claims denials and provide tips to avoid those mistakes. This month, we’ll discuss unbundling and medical policies. Next month, we’ll discuss up-coding and missing or insufficient documentation.
Note: Although this article uses orthopedic examples, much of the information is applicable in any outpatient setting.

Unbundling of services is among the most common reasons for denials, particularly in light of National Correct Coding Initiative (NCCI) edits, American Medical Association (AMA) CPT® coding rules, and other specialty or payer requirements.

In orthopedic practice, serial injections frequently prompt unbundling errors. Over time, the effects of the injection often fades and pain returns, which my require another injection in the series. If the patient returns for another injection as part of a series, standard of care, or treatment plan, do not report a separate evaluation and management (E/M) service. Even if three months pass between the injections, do not report an E/M service if there is no significant patient work-up.
Before you report both an injection and E/M service appended with modifier 25 Significant, separately identifiable evaluation and management service by the same physician or other qualified health care professional on the same day of the procedure or other service, answer the following questions:

For example, if pain returns but the provider does not perform a new work-up to assess the pain, the E/M service may not be warranted. Documentation should indicate the causal relationship to the pain if attempting to use exacerbation or a new injury to support a separate E/M service with modifier 25.
Remember: Every surgical procedure (Yes, an injection is a surgical procedure listed in the Surgery section of the CPT® codebook) includes an inherent E/M component as part of the global surgical package. Performing a history and exam is standard care to assess for contraindications or reasons not to perform the procedure.
The American Academy of Orthopedic Surgeons (AAOS) addresses reporting injections and E/M services together in AAOS Now (April 2013 and October 2009). Per AAOS, if a patient returns to the office in three months requiring no imaging or additional assessment, the repeat injection does not warrant a separate E/M service. If new imaging studies are performed with additional assessment, however, a separate E/M service appended with modifier 25 may be warranted. Both AAOS articles provide in-depth E/M examples and analysis on this particular subject matter.
Reporting E/M services based on time (rather than components of history, exam, and medical decision-making) should be the exception, not the rule. Counseling and/or coordinating care on a repeated basis for the same patient and same treatment plan may call into question the medical necessity of the services.

Other common unbundling errors involve shoulder and knee procedure coding. Claim denials of this nature can be avoided when you understand the payer’s definition of “compartment.”
Both the Centers for Medicare & Medicaid Services (CMS) and the AAOS recognize three compartments of the knee: medial, lateral, and suprapatellar. It’s inappropriate to append modifier 59 Distinct procedural service or one of the X{EPSU} modifiers to unbundle surgical procedures performed in the same compartment(s).
Example 1: Never report both CPT® 29880 Arthroscopy, knee, surgical; with meniscectomy (medial AND lateral, including any meniscal shaving) including debridement/shaving of articular cartilage (chondroplasty), same or separate compartment(s), when performed and 29876 Arthroscopy, synovectomy, major, 2 or more compartments (eg, medial or lateral), per the NCCI manual. Each code represents the same two compartments of the knee. Because a knee only has three compartments, one or both compartments involved in each procedure may overlap.
For instance, if 29876 was performed on the same compartments as 29880, report only 29880. But if the provider performed the services in the suprapatellar compartment and either the medial or lateral compartment, report 29880 and 29875 Arthroscopy, knee, surgical; synovectomy, limited (eg, plica or shelf resection) (separate procedure) with modifier 59 appended. Modifier 59 is necessary because the suprapatellar compartment is a separate compartment/structure from the medial and lateral compartments of the same knee. (Note that CMS has indicated that separate compartments of the knee do not qualify as a separate structure for modifier XS Separate structure).
Example 1 does not apply to all situations, as it may be possible to report 29876 with other arthroscopic knee procedures in the same compartment with clear documentation of medical necessity. Providers should check with payers regarding the three-compartment rule and bundling edits (i.e., 29876 with 29880).

Shoulders are a different story. Neither CMS nor AAOS agree on the areas of the shoulder. CMS considers the shoulder a single anatomic area or one joint, as affirmed in the NCCI manual. NCCI edits are adopted nationally for Medicare and Medicaid and many commercial carriers have some form of NCCI policy in their policies. Consequently, denials for services performed on the same shoulder with modifier 59 (or X{EPSU} modifiers) are common. Some providers and staff attempt to contest these bundling edits due to the differences between AAOS and CMS interpretation on the shoulder.
Example 2: Under CMS rules, 29822 Arthroscopy, shoulder, surgical; debridement, limited and 29827 Arthroscopy, shoulder, surgical; with rotator cuff repair should never be reported together, unless 29822 was performed on the contralateral shoulder.
AAOS and CMS continue to engage, which has resulted in a suggested change to the NCCI edits effective July 1, 2016, with policy manual changes slated for December 2016.

Denials in fracture care are rising. One bone of contention is when providers report an E/M service with the casting and strapping codes when using a pre-fabricated or off-the-shelf splint or brace. Instead, the provider should report the appropriate E/M code with the appropriate L-series HCPCS Level II code. Refer to the casting and strapping codes only when the provider custom fabricates the cast and/or splint using fiberglass, plaster, etc. The supplies used for custom castings are generally reported with Q codes.

CMS creates policies on a national level (national coverage determinations) and Medicare administrative contractors (MACs) may create their own medical policies on a local level (local coverage determinations). Although LCD denials may not be upheld at the appeal level for an administrative law judge, MACs apply them for denials. LCDs that seem to trip up the most providers are those for manipulations under anesthesia (MUA), chiropractic treatment, and total joint replacements.

Most payers rarely cover MUA. Unique situations for coverage may include frozen shoulder or knee arthrofibrosis. Many policies consider MUA to be investigational for the spine or other joints. Appealing these services is difficult because few Medicare payers see the medical necessity of these services. Workers’ compensation, personal injury, and auto insurance carriers, however, may offer greater opportunities for reimbursement.

ABNs and Other Disclosures

Because there are so many medical and reimbursement policies, practices should be pro-active in verifying their patients’ benefits and coverage. This includes obtaining necessary prior authorization and copies of policies. When it’s clear the services are not covered, providers should ask the patient to sign an Advanced Beneficiary Notice (ABN). An ABN will inform patients of their financial responsibilities for any services they receive.
Resources
AAOS Now, April 2013 and October 2009: www.aaos.org/AAOSNow/
Two 2005 OIG reports on modifiers 25 and 59:
Use of Modifier 59 to Bypass Medicare’s National Correct Coding Initiative Edits: http://oig.hhs.gov/oei/reports/oei-03-02-00771.pdf
Use of Modifier 25: http://oig.hhs.gov/oei/reports/oei-07-03-00470.pdf

Michael Strong, MSHCA, MBA, CPC, CEMC, is the bill review technical specialist at SFM Mutual Insurance Company. He is a former senior fraud investigator with years of experience performing investigations into fraud and abuse. Strong also is a former EMT-B and college professor of health law and communications. He is a member of the St. Paul, Minn., local chapter, and can be contacted at michaelallenstrong@yahoo.com.