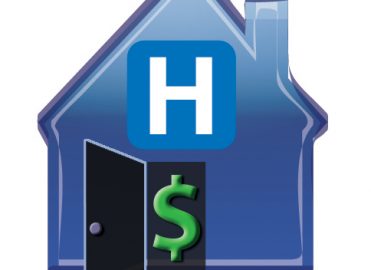 General acute hospitals paid under the Inpatient Prospective Payment System (IPPS) that successfully participate in the hospital Inpatient Quality Reporting Program and are meaningful electronic health record (EHR) users will see an estimated 0.95 percent increase in operating payment rates in 2017, according to a final rule issued Aug. 2.
Reflected in this payment update is a 1.5 percentage point reduction for Medicare severity diagnosis-related group (MS-DRG) documentation and coding. The Centers for Medicare & Medicaid Services (CMS) is required by law to recoup $11 billion over a 4-year period (2014, 2015, 2016, and 2017). CMS made a -0.8 percent recoupment adjustment to the standardized amount in 2014, 2015, and 2016.
The update also includes an increase of approximately 0.8 percentage points to remove the 0.2 percent adjustment made to offset the estimated costs of the Two Midnight policy in 2014, 2015, 2016, and retrospectively in 2017.
Also factoring into the payment update is the projected hospital market basket update of 2.7 percent, adjusted by -0.3 percentage points for multi-factor productivity and -0.75 percentage points in accordance with the Affordable Care Act.
The final rule also includes provisional changes affecting:

CMS is updating the LTCH PPS standard payment rate by 1.75 percent for 2017 for LTCHs that successfully participate in the LTCH Quality Reporting Program (LTCH QRP).
This update is based on the most recent estimate of the revised and rebased LTCH PPS market basket of 2.8 percent, adjusted by ‑0.3 percentage points for multi-factor productivity and ‑0.75 percentage points in accordance with the Affordable Care Act.
CMS is also continuing to implement the changes required by The Pathway for SGR Reform Act of 2013. As a result of the continued phase-in of these changes, CMS projects that LTCH PPS payments will decrease by 7.1 percent, or approximately $363 million in 2017. Cases that qualify for the higher standard LTCH PPS payment rate under the revised system will see an increase in payments of 0.7 percent in 2017.
In addition, CMS is streamlining its regulations regarding the 25 percent threshold policy, which is a payment adjustment made when the number of cases an LTCH admits from a single hospital exceeds a specified threshold (generally 25 percent).
The American Hospital Association (AHA) is “deeply disappointed that CMS is implementing the long-term care hospital 25% Rule,” AHA Executive Vice President Tom Nickels said in a statement. “This arbitrary decision discounts the transformation that the LTCH field is undergoing and has the potential to negatively affect patient access to care.”

About Renee Dustman Has 716 Posts