Check Out How the U.S. Population's Health Measures Up 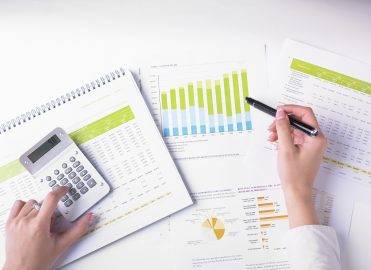 The National Center for Health Statistics has released preliminary results from its annual National Health Interview Survey, January-March 2016, Family Core component. The NCHS updates estimates for 15 selected health measures based on data from the most recent NHIS, and has done so every year since 1997. After 10 years, this data, which are based on household interviews of a sample of the civilian non-institutionalized U.S. population, is quite telling.
Here’s a synopsis of the overall results.

Measure 1: Lack of health insurance coverage and type of coverage

The percentage of people, of all ages, uninsured at the time of the interview was 8.6 percent, compared to 15.4 percent in 1997. The most significant change was among children under 18 years: 5.0 percent in 2016, compared to 13.9 percent in 1997. This measure also shows that the number of people with public health insurance has doubled in the past 10 years, and the number of people with private insurance has declined slightly.

At some point between the first quarter of 2015 and 2016, an estimated 4.3 percent of the U.S. population failed to obtain needed medical care due to cost. Women, aged 18-64, faired the worst at 6.8 percent; and non-Hispanic or Latino, single race, blacks came in second at 5.8 percent.

The percentage of surveyed adults who reported receiving a flu vaccine in the past 12 months, by age group, was 68.9 percent for adults aged 65 and over; 44.3 percent those aged 50-64; and 30.5 percent for those aged 18-49. In 1997, the percentages were 65.0, 30.5, and 13.6 percent, respectively. Whereas the percentages for the 50 and over groups have remained relatively the same over the past 10 years, the number of younger adults receiving flu vaccines has been steadily increasing.

The trend for adults aged 65 and over to receive a pneumococcal vaccine also has been steadily increasing. The percentage in the first quarter of 2016 was 66.2 percent, compared to 42.4 percent in 1997.

Results of this measure are based on the 2008 federal Physical Activity Guidelines for Americans (used for Healthy People 2020 objectives). The guidelines recommend that adults perform at least 150 minutes a week of moderate-intensity aerobic physical activity, 75 minutes a week of vigorous-intensity aerobic physical activity, or an equivalent combination of moderate- and vigorous-intensity aerobic activity. Although only 49.9 percent of U.S. adults aged 18 and over met these guidelines in first quarter 2016, the trend is up slightly. Only 41.1 percent met these guidelines when they were first released in first quarter 2008.

On a positive note, the percentage of cigarette-smoking adults aged 18 and over has declined from 24.7 percent in 1997 to 15.3 percent in January -March 2016. The highest percentage of smokers was among men aged 45-64 at the time of the survey.

According to the survey, men consistently drink alcohol more than women. The percentage of men who had at least one heavy drinking day in the past year preceding first quarter 2016 was 32.4 percent, compared to 18.9 percent for women. Alcohol consumption among women is on the rise, however. In 1997, the percentage for men was 31.6 percent; and the percentage for women was 12.1 percent.

People have consistently reported excellent or very good health since 1997. Overall, the percentage was 66.7 percent, compared to 68.5 percent in 1997. Men were more likely to report excellent health compared with women: 36.4 percent for men and 34.4 percent for women.

In first quarter 2016, 6.0 percent of adults age 65 and over needed help with personal care (e.g., eating, bathing, dressing, etc.), compared with 6.6 percent in 1997. Women aged 85 and over needed the most help, probably because women statistically live longer than men. “In 1993 … women were more than three times as likely as elderly men to be widowed (48 percent versus 14 percent),” according to a U.S. Census Bureau statistical brief. “Thus, while most elderly men have a spouse for assistance, especially when health fails, most elderly women do not.”

The percentage of adults aged 18 and over who experienced serious psychological distress during the past 30 days (in January-March 2016) was 3.4 percent, compared to 3.3 percent in 1997. Women statistically report psychological distress more than men. Most recently, women aged 45-64 came in at 5.5 percent, compared to 3.7 percent of men in the same age range.

The percentage of persons of all ages who experienced an asthma attack in the past 12 months prior to first quarter 2016 was 4.1 percent, compared to 4.2 percent in 1997. Non-Hispanic blacks 15 years and under reported the highest percentage (17.6 percent) of asthma attacks in first quarter 2016, compared to that of non-Hispanic whites (5.8 percent) and Hispanics (10.8 percent). By age group and sex, females aged 35 and over reported the highest incidence (11.6 percent) of an asthmatic episode.
See the full survey disclosure document for complete details.

No Responses to “Check Out How the U.S. Population's Health Measures Up”