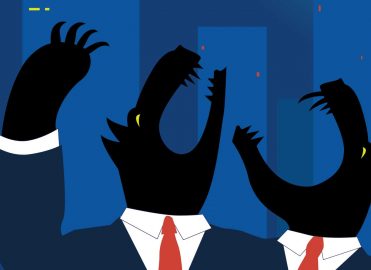 Get an insider’s view into insurance payments and denials and healthcare reimbursements.

Insurance carriers analyze the requests through actuaries, accountants, and other professionals to assess common impacts:

Government insurers such as Medicare, Medicaid, the Federal Employee Program (FEP), or TRICARE® must consider similar questions. If they pay more, can they raise taxes or shift tax revenues to cover the costs?

Increasing premiums is not as simple as you may think. Insurance carriers cannot raise premiums at their discretion. They must submit their proposals and requests to the appropriate government agency, such as state departments of insurance and commerce, U.S. Department of Health & Human Services, Congress, and others. After reviewing rate change requests, the government decides if the insurance carrier can increase rates, and to what extent.
If the government approves a rate increase for higher premiums, carriers must first cover overhead costs, employee raises and benefits, government taxes, and any other obligations before fee schedule, contract rates, or conversion factor increases occur. The carrier must set aside sufficient reserves to estimate an increase in the volume of healthcare claims, including out-of-network claims where traditional payment arrangements may not exist.

In most cases, the government will deny a major increase. Even if an increase is approved, the insurance carrier rarely gets the requested amount. This limits the carriers from adding new jobs, or causes some jobs to be outsourced. Medical costs, claim volume, and the number of insured may increase, but staffing may not increase at the same proportion, creating the concept of “do more with less” (a common refrain in healthcare).
When increases (or the lack thereof) do not cover all costs, the ability to raise reimbursements becomes more challenging. Carriers then shift the cost share burden to patients through high deductibles, coinsurance, and co-pays. Carriers create medical and reimbursement policies to limit costs by approving only reasonable and medically necessary services that are also the most cost effective.
For example, a carrier may require generic medicine and deny brand name drugs if the same active ingredient in both medications can be expected to produce the same outcome. The carrier may recommend injections, lifestyle changes, or physical therapy before approving expensive surgeries. New technology or treatment may be denied as investigational or experimental in the absence of clinical trials and research to demonstrate the long-term efficacy of the treatment or service.

The Coalition Against Insurance Fraud estimates that $80 billion is lost to fraud each year across all lines of insurance, which includes workers’ compensation, medical, and auto. The FBI through partnerships with other government agencies, insurance carriers, and private companies, investigate thousands of claims each year of potential fraud. Carriers have also increased their scrutiny of claim audits as another means to control costs.
Stopping improper payments before they are made is more effective than trying to recover improper payments. When recovering overpayments, carriers may recover pennies on the dollar after considering the costs of the investigation. Many carriers also have government contracts for Medicare, Medicaid, FEP, and/or TRICARE®, and federal and/or state laws such as the False Claims Act, the Deficit Reduction Act, the Affordable Care Act, etc require efforts to fight fraud and abuse.
Appealing denials is just as frustrating for providers when Explanation of Benefits and other communications do not clearly explain the reason for the denial, or what information is needed to remedy the situation. For providers and patients who want to understand the reasoning behind the payment amounts or the denials, standard language and adjustment codes do little to satisfy the need for more information. Consequently, frustration and anger build.

Some states require insurance carriers to be non-profit. Where non-profit states do not exist, federal law requires carriers to pay 80-85 percent of income on all medical costs, known as the MLR. The size of the carrier determines the percentage. The remaining 15-20 percent cap is the amount an insurance carrier may generate to cover its administrative costs, operating costs, and profits. In this aspect, carriers — like providers — are limited in their net revenue and profits. The profits may appear high for carriers, given the amount of premiums they receive, but the percentage of their overall revenue is often in the single digits.
If carriers do not meet the 80-85 percent MLR, they must refund a portion of the premiums to the policyholders as a premium rebate until the MLR is satisfied. Under the law, providers do not receive more money until the MLR is satisfied.

Insurance is an industry based on risk. Carriers need to set reserves to predict or anticipate loss through medical costs. They rely on the pool of premiums to generate sufficient revenue from healthy patients to cover the MLR generated from patients who need more care, which may not be covered by their premiums. This is why many carriers are taking major losses in the insurance exchange established by the Affordable Care Act. Carriers anticipated there would be sufficient numbers of healthy individuals obtaining coverage through the individual mandate to offset the costs of individuals with more claims and higher costs. But fewer healthy individuals have obtained coverage because the tax penalty is substantially lower than the yearly premiums for health costs. Some insurers have indicated they will be, or are considering, leaving that market unless rates increase.

Each year, and even throughout the year, the cycle described above repeats, as shown in Figure A.

In the end, rate increases or denials are the result of:

Insurance carriers can do more to communicate this to providers. Providers can educate patients not to over-utilize care. Providers, coders, patients, insurers, and states can do more to stop fraud, waste, and abuse by reporting and stopping bad billing practices. Providers, patients, and carriers can partner to explore the most cost-effective and medically-necessary treatment based on diagnoses and exam findings. States and insurers can explore ways to ensure rate increases reward providers with cost-effective, quality outcomes, while reducing or de-incentivizing providers with high utilization and costs, but poor outcomes.
Resources
www.insurancefraud.org/statistics.htm
www.politifact.com/truth-o-meter/statements/2013/jun/17/peter-roskam/rep-roskam-says-medicare-fraud-rate-8-10-percent/
www.nhcaa.org/resources/health-care-anti-fraud-resources/the-challenge-of-health-care-fraud.aspx
www.jaapl.org/content/37/3/286.full

Michael Strong
Michael Strong, MSHCA, MBA, CPC, CEMC, is the bill review technical specialist at SFM Mutual Insurance Company. He is a former senior fraud investigator, with years of experience performing investigations of fraud and abuse. Strong also is a former EMT-B and college professor of health law and communications. He is a member of the St. Paul, Minn., local chapter, and can be contacted at michaelallenstrong@yahoo.com.
Latest posts by Michael Strong (see all)
Insurance Carriers Aren’t the Big Bad Wolf was last modified: October 1st, 2016 by Michael Strong
Tagged :
Tweet

About Michael Strong Has 5 Posts

Michael Strong, MSHCA, MBA, CPC, CEMC, is the bill review technical specialist at SFM Mutual Insurance Company. He is a former senior fraud investigator, with years of experience performing investigations of fraud and abuse. Strong also is a former EMT-B and college professor of health law and communications. He is a member of the St. Paul, Minn., local chapter, and can be contacted at michaelallenstrong@yahoo.com.