Avoid Being the Next Kickback and False Claims Defendant 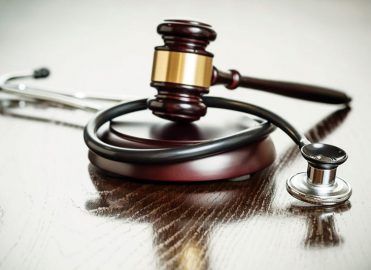 Let a case show you why it’s important for your healthcare system to Implement effective compliance programs.

By Ann M. Bittinger, Esq.
United States of America ex rel. Baklid-Kunz v. Halifax Hospital Medical Center is one case in a recent series in which U.S. attorneys sued health systems for paying kickbacks to their employed physicians, allegedly in return for referrals of patients. The government alleges that the kickbacks were hidden within the physicians’ paychecks in the form of excessive pay. Let’s explore why this litigation occurred, and what your health system can do to avoid being the next defendant.

The Perfect Storm for Undermining Compliance

Amid the perfect storm of the recession starting in 2007 and continuing through healthcare reform when President Barack Obama took office in 2009, physicians and their groups became increasingly fearful of their future as independent practices. Electronic health record implementation increased overhead costs. Baby boomer physician leaders of independent groups were exhausted from the administrative burdens of running a practice. Payers began narrowing networks and lowering reimbursement to the smaller groups.
Physicians responded in mass by selling their practices to hospital systems and becoming employees of the systems. 2012 marked the first time in history that a minority of physicians worked for an entity other than a group they owned.
Hospital systems, scared that Obamacare would cause payer economics to go back to the health maintenance organization days of the 1990s, reacted by buying up physician groups to capture market share (and referrals from primary care physicians, especially). System vice presidents of physician enterprises found themselves in charge of hundreds of employed physicians. As part of a hospital system, the infrastructure was not in place to do something distinctly different than taking care of inpatients: running a physician practice. Nor, more importantly, were the legal and compliance departments of physician enterprises properly supported. Compliance programs were not expanded to include newly acquired physician practices.
The sales pitch some hospital CEOs gave independent physician groups included a hollow promise that the physicians would continue to make as much as hospital employees as they did in private practice. That is where the real problem occurred, and where Stark law became a major obstacle.

The federal Stark law prohibits physicians who have a financial relationship with an entity from referring patients to that entity for certain services that are paid for by Medicare. When a physician is employed by a hospital, the physician has a financial relationship (paycheck) with the hospital and, therefore, can’t refer to it, unless an exception is met. There are two exceptions that usually apply for hospital/physician employment relationships.
Employment Exception: The bona fide employment relationships exception requires compensation to be fair market value (FMV). The compensation to the physician must not be determined in a manner that takes into account the volume or value of referrals by the referring physician. The agreement must be commercially reasonable, “even if no referrals were made to the employer.”
This exception pushes attorneys and compliance personnel to refer to surveys such as the MGMA Physician Compensation and Production Report, which lists ranges of salaries based on surveys of physicians, and to valuation consultants. If a system pays a physician a total compensation package that is at the higher end of the survey spectrum (or worse, off the charts), that overage (or “cushion,” as I call it) can be characterized as above FMV, if not justifiable. The prosecutor’s opening statement would go like this:
Ladies and gentlemen of the jury, the MGMA survey says that compensation of $560,000 is at the 90th percentile for specialists in this area of medicine. Hospital X paid Dr. Dollar $750,000. How can that be fair market value? The hospital paid him excessively to reward him for all the patients he sent to the hospital for diagnostics, lab work, and surgery.
The exception requires the physician-hospital relationship to be “commercially reasonable” even if no referrals were made to the employer. U.S. attorneys have taken a very aggressive stance on this requirement, arguing in numerous cases that if the physician enterprise (or part of it) is operating in the red, but the referrals from the enterprise result in profits to the hospital, then the compensation is illegal.
The U.S. attorney’s argument is this:
Ladies and gentlemen of the jury, the hospital’s cardio-thoracic surgeon enterprise lost the hospital a million dollars last year. Why would you continue part of your business that was losing money? You would continue it only if it made you money in other ways. This hospital was paying these surgeons huge salaries in exchange for all the surgeries they did at the hospital — so they wouldn’t do the surgeries elsewhere. Hospitals make lots of money on surgeries performed in their facilities, so it was worth it to pay excessive kickback salaries to the surgeons so the hospital didn’t lose the surgery revenue to its competitor.
Group Practice Exception: Attorneys who know Stark law well know this: A physician enterprise owned by or part of a health system cannot meet the Group Practice Exception. When a hospital CEO tells a physician group, “You can keep your physician compensation exactly the same if you join our system,” that is simply not true in cases where physician owners received dividends from ancillary revenue in their practices.
The Group Practice Exception allows physician groups that are owned by two or more physicians (not by hospitals) to compensate physicians for incident-to services and indirectly for designated health service referrals (imaging, therapy, etc.) within the group. Within a group practice, in other words, there is at least some ability for the physician owners to legally profit from ancillary services in the group. For example, an orthopedic physician can receive part of the profits of the group from its physical therapy division. That sort of incentivizing is not legal as an employee of a health system. For example, a physician in a hematology/oncology group who was paid a portion of the infusion services done within the group cannot be paid for those services if the group merges with the hospital and the doctor becomes a hospital employee.

Enter Halifax into the Storm

The Halifax case involved the Stark law and the False Claims Act. Violations of the False Claims Act carry treble damages (three times the amount of the claim filed). The prosecutor in Halifax argued that the employed physicians’ compensation took into account designated health services referrals and was not FMV. In other words, the physicians were rewarded for referring things like labs and diagnostics within the system. The prosecutor focused on the hospital’s compensation relationships with its employed neurosurgeons and medical oncologists.
Neurosurgeons. The Halifax neurosurgeons were paid a base of $250,000, plus all cash collections that exceed $250,000, plus call coverage pay, plus 200 percent Medicare Physician Fee Schedule payments for all trauma services, plus an additional 110 percent of Medicare for all collections for all patients referred to the physician through clinics operated by Halifax, plus “any other reasonable compensation as determined by the company from time to time.” This put the pay in excess of the 90th percentile, according to a survey in Daytona Beach, Florida. The prosecutor argued not only that this was excessive but also made the “operating in the red” argument: Employing the neurosurgeons cost Halifax $4.7 million. Collections from their work? $3.9 million.
Medical Oncologists. The Stark law aspect of the employment arrangement between the medical oncologists and the hospital was a bit more exposed for scrutiny. Halifax paid its seven employed medical oncologists a “normal” fixed salary and eligibility for a bonus. In 2004 and 2005, the agreements provided for each oncologist to receive an “equitable portion” of a bonus pool consisting of 85 percent or more of all cash collections exceeding a pre-determined amount ($2.3 million) and attributable to professional patient care services performed by one of the medical oncologists. This bonus, the government alleged, was not set in advance (referring to the safe harbor regulations to the federal anti-kickback statute), but varied based on the services performed by the medical oncologists.
In 2004 and 2005 there was yet another layer of bonus based on productivity (the number of patient visits). This consisted of an equitable portion of $1 million in 2004 and $1.1 million in 2005, if “all of the medical oncologists combined exceeded 1,500 billable patient visits a month and maintained adequate staffing to allow for new patient visits to be scheduled within 10 business days.” In 2006, the agreement was changed to delete the last bonus formula and instead pay an “equitable portion” of a bonus pool consisting of 15 percent of the operating margin of Halifax’s medical oncology program. That component led to exposure, as the prosecutor argued that the medical oncology program included revenue from designated health services (such as labs ordered by the physicians). Like the neurosurgeon contract, the hospital was also required to pay “any other reasonable compensation as determined by the company from time to time.” Additional changes were made, and in 2007 the bonus was changed to 15 percent of the “operating margin for surgical procedures as defined by the financial statements produced by [Halifax Hospital’s] Finance Department on a quarterly basis.”

The case settled after the judge ruled on two motions for summary judgment in 2013. In one, the judge decided that the medical oncologists’ employment arrangements did not fit within the employment exception to Stark due to the structure of the bonus pool and the operating margin, saying it was “in essence … profit – i.e., the program’s revenue less expenses.” Employees don’t get shares of profits, and this compensation varied with the volume or value of referrals. The judge also stated that the pool-based bonus structure was problematic in that the revenue consisted of designated health services under Stark: “outpatient medical oncology services, physician services, and related outpatient oncology pharmacy charges,” and the administration of chemotherapy. The “fact that the size of the pool (and thus the size of each oncologist’s bonus) could be increased by making more referrals” was also a problem, according to the court.
In the second motion, the judge said that the excessive compensation argument for the neurosurgeons’ pay was a question for the jury. The hospital had asked for the judge to decide it himself. Shortly thereafter, the hospital agreed to settle the case for $85 million.

This and other cases have the same thread running through them: It is almost impossible to replicate a physician’s pay, post group-acquisition, based on what it was when the group was independent. Employment status is different than owner status. Although the administrative burdens of running a practice are great, in the current healthcare prosecutorial environment the Department of Justice’s interpretation of the Stark law prevents physicians from having their cake (being hospital employees, without administrative burdens) and eating it too (bringing home as much money as when they were independent).

Defend Your Organization with a Compliance Plan

To avoid being the next defendant in such a case, health systems must implement effective compliance programs that include review of physician compensation, advisably under attorney-client privilege. Audits should be done at the direction of outside counsel (because inside counsel likely drafted the agreements and negotiated them, and may be perceived as biased). These audits are a cost of doing business in light of U.S. attorneys’ aggressive positions on the Stark law during this age of physician-hospital consolidation.

About Ann Bittinger Has 2 Posts