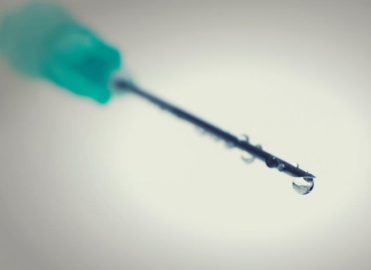 Between 1994 and 2014, approximately 165,000 people overdosed on opioid pain medication in the United States, according to the Centers for Disease Control and Prevention (CDC). “The United States is in the midst of an opioid overdose epidemic,” the CDC says.

In what will probably be one of his last grand gestures at healthcare reform, President Obama signed the 21st Century Cares Act on Dec. 13. Among other provisions, the Act includes funding for opioid abuse prevention. With a budget of $500 million in both 2017 and 2018, grants will be made available to states to address the opioid abuse crisis.
Preference will be given to states with the highest incidences of opioid abuse. Significant increases in opioid-related overdoses from 2013-2014 occurred in Maine, New Hampshire, Massachusetts, Maryland, Pennsylvania, Virginia, Ohio, Indiana, Illinois, Michigan, Georgia, Alabama, North Dakota, and New Mexico. North Dakota experienced the highest increase, at 125 percent, according to the CDC.
Grants will be awarded to states to carry out health-related activities such as:

A recent study of health insurance claims showed that patients undergoing 11 of the most common types of surgery were at an increased risk of becoming chronic users of opioids, according to TJ Gan, MD, MHS, FRCA, professor and chairman of the Department of Anesthesiology at Stony Brook University in New York. “Patients with a history of drug abuse who are on opioids for a chronic, painful condition and who are depressed are at the highest risk of abusing opioids prescribed after surgery,” Gan said.
But an epidemic isn’t discriminatory. Opioid overdoses are occurring in every corner of the country. There are no socio-economic, race, or age boundaries for this disease. According to the CDC, heroin use more than doubled among young adults ages 18-25 in the past decade, and 45 percent of people who used heroin were also addicted to prescription opioid painkillers.
Gan believes that the present-day epidemic may be an outcome of The Joint Commission adding pain as the fifth vital sign. The Joint Commission established standards for paint assessment and treatment in 2001.
According to David W. Baker, MD, MPH, FACP, executive vice president, Healthcare Quality Evaluation, The Joint Commission, “The standards do not require the use of drugs to manage a patient’s pain; and when a drug is appropriate, the standards do not specify which drug should be prescribed.”
Baker says it’s a misconception that The Joint Commission endorses pain as a vital sign. “The Joint Commission does not endorse pain as a vital sign, and this is not part of our standards,” Bakers says in a Joint Commission Statement on Pain Management (April 18, 2016).
In the article “Are We Feeding America’s Opioid Crisis?” (Outpatient Surgery Magazine, December 2016), 91 percent of 200 orthopedic surgeons surveyed felt pressured to prescribe opioids to keep patients happy. In 2012, providers wrote 259 million prescriptions for opioid pain medication, according to the CDC.
The most common drugs involved in prescription opioid overdose deaths include:

The article “Say Yes to Opiod-Free Surgery,” (Outpatient Surgery Magazine, December 2016) explains why and how one doctor is championing for opioid-sparing pain control regimen.
Eric Hass, MD, a colorectal surgeon at Houston Methodist Hospital, has been investigating various alternatives, such as long-acting liposome bupivacaine injections, transverse abdominis plane (TAP) blocks, and a combination of the two. He and Alejandro Rosas, MD, an anesthesiologist at Houston Methodist Hospital, have developed and implemented the facility’s opioid-sparing practices.

Education is necessary to change the mindset of patients and surgeons, and support is needed from state and federal governments.
Public – Beyond educating the public about the dangers of drug addiction, providers need to educate patients on what they can expect. Haas said he was amazed to learn that patients often don’t expect to be in pain after surgery. “Simply setting realistic expectations has made a tremendous difference in the amount of opioids patients are using,” he said.
States – Prescription drug-monitoring programs have shown to help reduce adverse drug-related events through opioid overdoses.
Providers – Review the CDC’s opioid prescribing guideline for chronic pain.