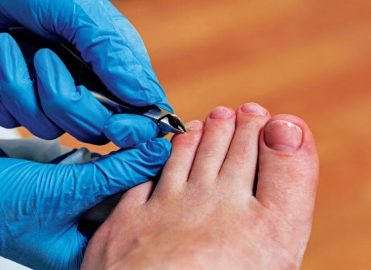 By Sivaraj Ramesh, CPC, CEMC, CCS
To file accurate claims when coding and billing nail procedures, be familiar with the nuances of nail anatomy, common conditions, treatments, services, and procedures. Here are some tips to point you towards better nail reporting.

Tip 1: Nail Down Your Anatomy

Tip 2: Know What Ails Your Nails

Common causes of fingernail or toenail changes include trauma, aging, infection, skin diseases, and severe malnutrition. Common diseases of nails include the following:

Tip 3: Get Familiar with Common Services

Common nail procedures include trimming of nondystrophic and dystrophic nails, debridement of nail(s), avulsion of nail plate, evacuation, excision of nail and matrix, biopsy of nail unit, repair and reconstruction of nail bed, and wedge excision of nail fold skin.
If the provider orders trimming of nails, review the documentation to determine either dystrophic (G0127 Trimming of dystrophic nails, any number) or nondystrophic (11719 Trimming of nondystrophic nails, any number). Apply either code appropriately for one or more nails.
Debridement of nails is reported according to the number of nails treated. For five or fewer nails, report 11720 Debridement of nail(s) by any method(s); 1 to 5. For debridement of six or more nails, report 11721 Debridement of nail(s) by any method(s); 6 or more.
When reporting avulsion of nail plate, assign 11730 Avulsion of nail plate, partial or complete, simple; single for the first procedure. For each additional nail plate avulsed, turn to add-on code +11732 Avulsion of nail plate, partial or complete, simple; each additional nail plate (List separately in addition to code for primary procedure). For example, if the provider performed three avulsions, report 11730, 11732 x 2.
Report evacuation of subungual hematoma with 11740 Evacuation of subungual hematoma. Local anesthesia may be required.
Excision of nail and nail matrix may occur with or without amputation of tuft of distal phalanx:
11750 Excision of nail and nail matrix, partial or complete (eg, ingrown or deformed nail), for permanent removal;
11752 Excision of nail and nail matrix, partial or complete (eg, ingrown or deformed nail), for permanent removal; with amputation of tuft of distal phalanx
Per CPT® Assistant (December 2002), when amputation is part of the procedure:
The tuft at the end of the distal phalanx is dissected free and removed with a cutting instrument (eg, bone cutter or rongeur). The edges of the stump are smoothed with a rasp, and the adjacent soft tissues are brought over it and sutured in place. The wound is closed in layers.
Nail biopsy is a surgical procedure in which a tissue specimen is obtained from the growth plate of a fingernail or toenail, reported with 11755 Biopsy of nail unit (eg, plate, bed, matrix, hyponychium, proximal and lateral nail folds) (separate procedure). Per CPT® Assistant, “When a biopsy of the nail bed is performed after avulsion of the nail plate, it is inclusive of the avulsion procedure and is not coded separately.”
For repair of nail bed, report 11760 Repair of nail bed.
Report reconstruction of nail bed with 11762 Reconstruction of nail bed with graft. Per CPT® Assistant:
The intent of reconstruction of the nail bed is to correct a defect from trauma, excision of a lesion, or other condition and, to the extent possible, restore its structural and functional integrity. The details of reconstruction will differ in each case, depending on the nature and extent of the defect. Generally, a split thickness graft is obtained from the nail bed of the great toe; however, full thickness grafts may be utilized in some cases.
Wedge excision of the nail fold skin (11765 Wedge excision of skin of nail fold) is performed typically to remove hypertrophic lateral nail folds that result from chronic ingrown toenails. CPT® Assistant explains:
… a longitudinal incision is made on the affected side of the digit, extending from the proximal nail fold along the nail groove to the distal end of the nail. A second incision is made so that it curves slightly outward from the lateral nail fold and meets the first incision at each end. The wedge of tissue is removed and the edges of the wound are approximated with sutures.

Tip 5: Watch Out for Separate E/M

In some cases, an evaluation and management (E/M) service may be prompted by a symptom or condition occurring when a procedure or service is also provided during the same visit. You may report this circumstance by adding modifier 25 Significant, separately identifiable evaluation and management service by the same physician or other qualified health care professional on the same day of the procedure or other service to the appropriate E/M service code. Different diagnoses are not required to report the E/M service and procedure on the same date.