Medicare Will Pay for Flu Vaccine 90682 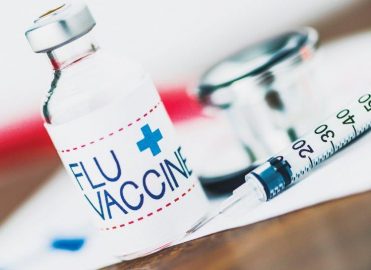 It’s been a rough 2016-2017 influenza season, to be sure, and it’s not over, yet. The CDC recommends clinicians continue vaccination efforts as long as flu viruses are circulating.
As of Feb. 3, approximately 145 million doses of influenza vaccine had been distributed in the United States — enough to vaccinate nearly half of the U.S. population. As of Feb. 10, however, influenza activity remained elevated nationally and was widespread across most of the United States, according to the Centers for Disease Control and Prevention’s (CDC) Feb. 17 Morbidity and Mortality Weekly Report.

Continued Efforts Include a New Code

Clinicians and suppliers submitting claims to Medicare administrative contractors (MAC) should be aware that the Centers for Medicare & Medicaid Services (CMS) recently implemented a new flu virus vaccine code:
90682  Influenza virus vaccine, quadrivalent (RIV4), derived from recombinant DNA, hemagglutinin (HA) protein only, preservative and antibiotic free, for intramuscular use
This code will be payable by Medicare, but not until July 1. MACs have until Aug. 1 to implement the code, but will pay (at their discretion) claims for 90682 with dates of service between July 1, 2017, and July 31, 2017. Best practice is to contact your MAC and ask what their policy is before adding this code to your roster.
The CMS Seasonal Influenza Vaccines Pricing will be used to determine the payment rate.