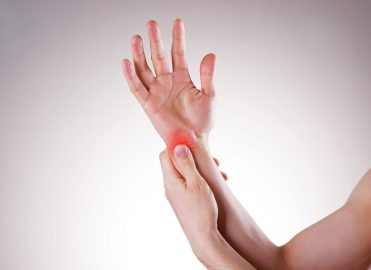 From conservative to invasive treatments, understand what codes are covered.

Carpal tunnel syndrome is diagnosed when there is pressure on the median nerve in the wrist. Some symptoms include pain, numbness, tingling, and weakness in the hand. The physician may order physical therapy, or prescribe a wrist brace or nonsteroidal anti-inflammatory drugs (NSAID). To achieve coverage and payment, the provider should document the conservative treatment provided, along with the patient’s response to these methods.

Following more conservative treatments, an injection performed in the wrist with corticosteroids and/or anesthetics can provide temporary relief of the symptoms. The injection is reported with 20526 Injection, therapeutic (eg, local anesthetic corticosteroid), carpal tunnel. If you perform this service in an office setting and purchase the medication, don’t forget to code for the corticosteroid using the appropriate HCPCS Level II code (In a hospital or outpatient setting, the facility codes for the drug).
CPT® 20526 is a unilateral code. To bill bilateral injections, either append modifier 50 Bilateral procedure or report the code on two lines and append modifiers RT Right side and LT Left side. Know the insurance carrier’s preference to determine if you should append modifier 50 or anatomical modifiers RT/LT.
Note: Novitas Solutions has a local coverage policy for CPT® 20526. Under the utilization guidelines it states, “More than 3 injections per anatomic site in a six month period will be denied. More than two anatomic sites injected at any one session will be denied.” It’s important to check these guidelines with the different payers.

A more productive intervention is for the physician to perform a release of the ligament, through either an endoscopic or open approach.

The endoscope is placed into the wrist through a small incision in the wrist joint. The scope is used to identify the carpal ligament, which is divided to relieve pressure on the median nerve and tendons. An endoscopic carpal tunnel release is reported with CPT® code 29848 Endoscopy, wrist, surgical, with release of transverse carpal ligament.

In an open approach, an incision is made over the carpal tunnel. The ligament is divided to release pressure on the median nerve, or the nerve may be relocated to relieve the pressure. An endoscope is not used in this procedure. The CPT® code to report this procedure is 64721 Neuroplasty and/or transposition; median nerve at carpal tunnel.
Both endoscopic and open carpal tunnel release surgeries are unilateral codes. To report bilateral injections, either append modifier 50 to the single code or bill the code on two lines and append modifiers RT and LT, depending on the insurance carrier’s preference.

The National Correct Coding Initiative Policy Manual for Medicare Services, updated Jan. 1, states:
CPT code 29848 describes endoscopic release of the transverse carpal ligament of the wrist. CPT code 64721 describes a neuroplasty and/or transposition of the median nerve at the carpal tunnel and includes open release of the transverse carpal ligament. The procedure coded as CPT code 64721 includes the procedure coded as CPT code 29848 when performed on the same wrist at the same patient encounter. If an endoscopic procedure is converted to an open procedure, only the open procedure may be reported.

Whether the patient is having an injection or surgery, consent is needed. Consent may be verbal for an injection given in a physician office, but must be in writing for surgery in a hospital or other outpatient setting. Most hospitals require consent forms to be filled out by the provider and signed by both the provider and the patient. For verbal consent, the provider must document that consent was obtained by the patient or the patient’s guardian.
Additionally, the physician should document the prep, the location, the needle, aspiration (if performed), drug, dosage, and how the patient tolerated the procedure.

Angela Clements
Physician Coding Auditor, Educator & Consultant at Medkoder
Angela Clements, CPC, CPMA, CEMC, CGSC, COSC, CCS, AAPC Approved Instructor, is a physician coding auditor, educator, and consultant at Medkoder. She has over 20 years of experience in the healthcare industry. Clements served on the AAPC NAB as the member relations officer from 2015 to 2018 and served as Region 5 Representative from 2013 to 2015. She is a frequent speaker at local medical managers’ meetings and local chapters for both AAPC and AHIMA.

About Angela Clements Has 16 Posts

Angela Clements, CPC, CPMA, CEMC, CGSC, COSC, CCS, AAPC Approved Instructor, is a physician coding auditor, educator, and consultant at Medkoder. She has over 20 years of experience in the healthcare industry. Clements served on the AAPC NAB as the member relations officer from 2015 to 2018 and served as Region 5 Representative from 2013 to 2015. She is a frequent speaker at local medical managers’ meetings and local chapters for both AAPC and AHIMA.

No Responses to “Relieve Coding Pressures of Carpal Tunnel Syndrome”