Put Modifier 99 in Its Place 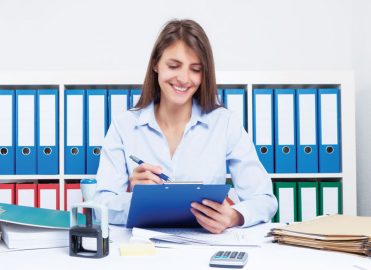 Proper reporting of modifier 99 and modifier sequencing will get your physician paid.

Modifier 99 Multiple modifiers doesn’t get a lot of attention — maybe because it’s rarely needed — but knowing when to apply it can make the difference in getting a claim paid.

Appendix A — Modifiers tells us:
Under certain circumstances 2 or more modifiers may be necessary to completely delineate a service. In such situations modifier 99 should be added to the basic procedure, and other applicable modifiers may be listed as part of the description of the service.
In practice, call on modifier 99 only if a single line item requires five or more modifiers. The reason is the standard 1500 Health Insurance Claim Form (or electronic equivalent) field 24D accommodates the entry of up to four modifiers:
If a single line item requires more than four modifiers, enter modifier 99 (and only modifier 99) in the first space available for modifiers in field 24D. All other applicable modifiers should be entered in field 19 “Additional Claim Information,” or the equivalent electronic data field. You may use modifier 99, when applicable, with any CPT® code.
Medicare Carriers Manual Part 4 – Professional Relations, Transmittal 25, Change Request (CR) 1910 (Nov. 1, 2001) further specifies, “If modifier -99 is entered on multiple line items of a single claim form, all applicable modifiers for each line item containing a -99 modifier should be listed as follows: 1=(mod), where the number 1 represents the line item and ‘mod’ represents all modifiers applicable to the referenced line item.”

When listing multiple modifiers for the same line item, take care to sequence the modifiers affecting payment first. Level I payment modifiers include:
26 Professional component
50 Bilateral procedure
53 Discontinued procedure
54 Surgical care only
55 Postoperative management only
56 Preoperative management only
62 Two surgeons
66 Surgical team
78 Unplanned return to operating/procedure room by the same physician or other qualified healthcare professional following an initial procedure for a related procedure during postoperative period
80 Assistant surgeon
81 Minimum assistant surgeon
82 Assistant surgeon (when qualified resident surgeon not available)
91 Repeat clinical diagnostic laboratory test
Informational or statistical modifiers (any modifier not classified as a payment modifier) are sequenced after payment modifiers. If multiple informational/statistical modifiers apply, you may sequence them in any order (as long as they are sequenced after any payment modifiers).
For example, if a procedure defined as unilateral is performed on both sides of the body, modifier 50 applies. If the same physician performs the procedure during the global period of an unrelated, previous procedure, modifier 79 Unrelated procedure or service by the same physician during the postoperative period is also appropriate. Modifier 50 is a payment modifier, so it is sequenced first, and modifier 79 (an informational modifier) is sequenced second.