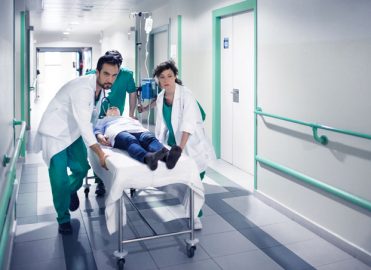 Compare and contrast these modifiers to ensure proper use.

Both modifiers are for use only during the postoperative or global period. Both affect the global period, and directly affect reimbursement.
We typically look to modifier 58 to indicate an expected return to the operating room to complete a procedure in stages. By contrast, we look to modifier 78 if the return to the operating room is unplanned. But an unplanned return to the procedure room may still call for modifier 58.
CPT® Appendix A tells us that modifier 58 may be used to indicate a procedure that is:
Planned or anticipated (staged);
More extensive than the original procedure; or
For therapy following a surgical procedure.
Do not use modifier 58 when the physician is treating a complication of a previously-performed procedure. That is a job for modifier 78.

An example of a more extensive procedure might occur for a patient with a traumatic injury such as a wound. The original procedure is debridement and cleaning up the wound. Five days later on follow up, the physician notes the wound is not healing well and repeats a more extensive debridement. Modifier 58 is appropriate in this example, even though the repeat procedure was unplanned. The patient is not having a complication that necessitates a return to the procedure room, but the original “less extensive” procedure simply wasn’t enough. We are still treating the condition. We aren’t treating a problem resulting from the original procedure.
To continue the above example, five days after the second debridement the patient returns with pain, swelling, and infection. In this case, it’s appropriate to use modifier 78 because the patient is having complications from the original procedure.

Ask yourself these two questions when selecting between modifiers 58 and 78:

Remember to select modifiers based solely on the documentation. Don’t be tempted to select them based on how they affect reimbursement.

Lashel Church, CPC, CPC-I, CPB, CPPM, CEMC, is the department head for Perry Technical Institute’s medical technology programs. She teaches the Medical Office Administration & Coding classes at Perry Tech. Prior to teaching, Church held positions in billing and coding. She is a member of the Yakima, Wash., local chapter.