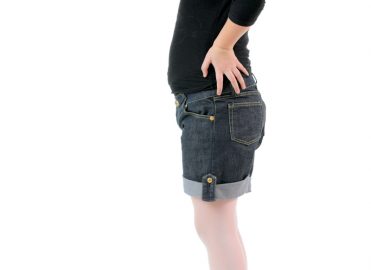 Below is a summary of ICD-10-CM coding for common eating disorders.
Anorexia Nervosa
Anorexia nervosa is an eating disorder in which the patient refuses to maintain a healthy body weight, intensely fears weight gain, and has a distorted body image. It involves self-starvation and excessive weight loss.
When the body is denied the essential nutrients it needs to function, it slows down all of its processes to conserve energy, which can have serious medical consequences. These include:

Signs and symptoms of anorexia nervosa include:

According to the National Eating Disorders Association fact sheet, and the National Association of Anorexia Nervosa and Associated Disorders, approximately 90-95 percent of individuals suffering from anorexia nervosa are female, with the condition typically appearing in early to mid-adolescence. It is one of the most common psychiatric diagnoses in young women. Between 5-20 percent of individuals with anorexia nervosa will die—the highest death rates of any mental health condition.
There are two types of anorexia nervosa:
Anorexia nervosa, restricting type: People who suffer from this type of anorexia achieve weight loss by severely restricting calories or perhaps allowing themselves only water.
Anorexia nervosa, binge eating/purging type: People who suffer this type of anorexia achieve weight loss by vomiting or using laxatives and/or diuretic after eating. They may also exercise excessively to try to work off what they consumed.
Possible ICD-10 codes for anorexia nervosa include:
F50.00 Anorexia nervosa, unspecified
F50.01 Anorexia nervosa, restricting type
F50.02 Anorexia nervosa, binge eating/purging type
F50.8 Other eating disorders
Bulimia Nervosa
Bulimia nervosa is a potentially life-threatening eating disorder. The recurrent binge-and-purge cycles can damage the digestive system and lead to electrolyte imbalances in the body. Specific symptoms may include:

Signs and symptoms include:

According to the National Eating Disorders Association fact sheet, and the National Association of Anorexia Nervosa and Associated Disorders, approximately 80 percent of people suffering from bulimia nervosa are female. Most people who are bulimic appear to be of average weight and recognize that their behaviors are unusual. The age of onset bulimia nervosa is slightly later than anorexia nervosa.
Bulimia nervosa is described by ICD-10 code F50.2 Bulimia nervosa.
Pica
Pica is a compulsion to eat non-food items, such as clay, dirt, hairballs, ice, etc. According to the National Institutes of Health, as many as 32 percent of children ages one to six have this behavior. To be considered a disorder, the behavior must be exhibited for at least one month at an age that is not considered developmentally appropriate. It also may occur in pregnant women.
Pica is described using F98.3 Pica of infancy and childhood.
Rumination Disorder in Infancy
Rumination disorder is when a child, usually between aged 3-12 months, brings back up and re-chews food that was already swallowed. To be considered a disorder it must occur in children who had been eating normally prior to onset, and it must have been occurring regularly for at least one month. The cause of the disorder is unknown.
Proper reporting is F98.21 Rumination disorder of infancy.

About John Verhovshek Has 586 Posts