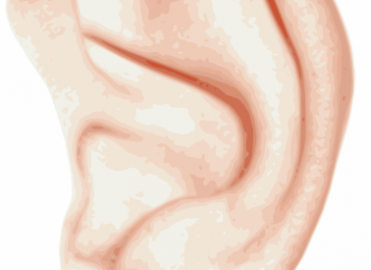 You may report 69210 Removal impacted cerumen requiring instrumentation, unilateral if instrumentation is used to remove impacted cerumen. Impacted cerumen typically is extremely hard and dry, usually is accompanied by pain and itching, and can lead to hearing loss.
Code 69210 captures the direct method of impacted earwax removal using curettes, hooks, forceps, and suction. CPT® considers this procedure to be unilateral. CPT® states, “For bilateral procedure, report 69210 with modifier 50.” Medicare will pay the same amount for 69210 whether it is performed on one ear or two, even though the CPT® descriptor stipulates it is unilateral.
CPT® 69209 Removal impacted cerumen using irrigation/lavage, unilateral reports removal of impacted cerumen (earwax) by irrigation and/or lavage. This method is less invasive than 69210: a continuous low pressure flow of liquid (e.g., saline solution) is used to gently loosen impacted cerumen and flush it out, with or without the use of a cerumen softening agent (e.g., cerumenolytic) that may be administered days prior to, or at the time of, the procedure. This is considered an indirect method of cerumen removal and is reported when the removal of impacted cerumen does not require instrumentation.
Only one method of removal of impacted cerumen (i.e., either 69209 or 69210) may be reported when both are performed on the same day on the same ear. Procedure code 69209 is unilateral. If performed bilaterally, report 69209 on a single claim detail line with the modifier 50 appended. As stated above, individual payers may have different rules on billing unilateral procedures performed bilaterally and may prefer that the procedure codes be billed as separate line items with RT and LT modifiers for right and left, respectively.
Per CPT® Assistant (March 2016), “For the removal of cerumen that is not impacted, report the appropriate evaluation and management (E/M) service code (eg, 99201-99215, 99221-99223).”
For additional information about coding for 69209, 69210, see also the January 2016 CPT® Assistant.