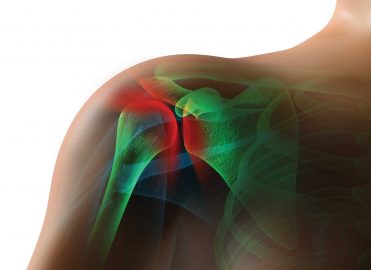 Coding for shoulder procedures is evolving; keep up to date with the changes. 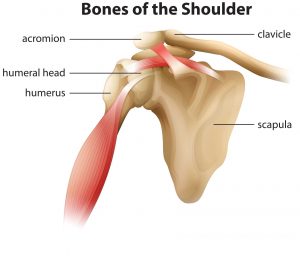 Three shoulder codes, in particular, cause a lot of confusion:
29821 Arthroscopy, shoulder, surgical; synovectomy, complete
29822    debridement, limited
29823     debridement, extensive
The American Medical Association (AMA) and the American Academy of Orthopaedic Surgeons (AAOS) agree that, to report 29821, the “entire intra-articular synovium” must be removed (CPT® Assistant, June 2013, and AAOS Bulletin, April 2006).
Regarding the difference between 29822 and 29823, most payers follow the April 2006 AAOS Bulletin guidelines, which state extensive debridement includes debridement of multiple soft structures, multiple hard structures, or a combination of both. Here are three examples of extensive debridement:

When reporting 29824, documentation should support that the entire distal end of the clavicle was resected. Neither CPT® nor the Centers for Medicare & Medicaid Services (CMS) state how much bone must be removed to be considered the “entire” distal end. The AMA provided a clinical example when 29824 was first developed — but it was strictly an example, and not all-inclusive of the requirements for reporting. For years, AAOS referenced size in their CodeX and Global Service Data books to be sure surgeons were not reporting 29824 for removing only a spur. Since 2010, however, all “size” references were deleted from AAOS publications.
Many offices have stopped reporting 29824 unless there is a documented reference to size, but this is a mistake. If there is a question as to whether a procedure was done, query the surgeon. Some payers have placed size references in their own internal policies, but that is a payer-contracted issue.
CPT® made 29826 an add-on code several years ago; however, some payers — especially workers’ compensation carriers — have retained 29826 as a full-value code. You may want to double-check this with your contracted payers, also. Per CPT®, +29826 may be reported only with other shoulder arthroscopy codes. Medicare agrees, and allows +29826 to be reported with all other shoulder arthroscopy codes, including 29822 and 29823. Be sure there is clear documentation that bony work was performed on the acromion to support +29826.
Many payers are now requiring a “bony tool” to be referenced in the body of the report for +29826 to be paid. Documentation of converting the acromion from a type 3 to a type 1 can also be beneficial to support this code.
If only a subacromial bursectomy is performed, without any bone resection, report a debridement, not +29826.
Many surgeons continue to perform arthroscopic subacromial decompression alone, or with open shoulder procedures. The AAOS, the Arthroscopy Association of North America, and the AMA advise to report this scenario with an arthroscopic debridement code, 29822 (soft tissue only) or 29823 (bone and soft tissue). If done with an open rotator cuff repair (23410/23412), many payers do not allow separate reimbursement for acromioplasty, regardless of approach with an open or mini-open rotator cuff repair. Check payer policy (and get something in writing) before billing acromioplasty as a debridement code.

Only one rotator cuff repair code is allowed, per shoulder. Whether one or all four components that make up the rotator cuff (supraspinatus, infraspinatus, teres minor, and subscapularis (SITS)) are repaired in a single shoulder, report a single unit of 29827.
If the surgeon begins a rotator cuff repair arthroscopically, but converts to a mini-open approach to finish, report only the appropriate “open” CPT® code (23410 Repair of ruptured musculotendinous cuff (eg, rotator cuff) open; acute or 23412 Repair of ruptured musculotendinous cuff (eg, rotator cuff) open; chronic). You may report 23410/23412 with modifier 22 Unusual procedural service appended to account for the arthroscopic work done prior to the open portion. Do not report both the open and arthroscopic codes because the work was in the same anatomic location and same session, which does not support the definition of modifier 59 Distinct procedural service.
ASCR is a newer arthroscopic procedure for an irreparable rotator cuff. This procedure involves placement of a fascia lata or similar graft that is attached to the top of the glenoid and greater tuberosity of the humerus. This is not a side to side or reattachment of the cuff tissue; it involves placement of graft material, which makes it a reconstruction, not a repair. There is no CPT® code to describe this procedure. Per the AMA Coding Committee, CPT® guidelines, and April 2017 CPT® Assistant, ASCR may be reported as an unlisted procedure (29999 Unlisted procedure, arthroscopy). It’s inappropriate to report ASCR using 29827 (either with or without modifier 22).
Code 29828 Arthroscopy, shoulder, surgical; biceps tenodesis represents an arthroscopic biceps tenodesis. A mini-open biceps tenodesis should be coded as open with 23430 Tenodesis of long tendon of biceps.
Prior to biceps tenodesis, the surgeon often debrides and cuts the biceps (tenotomy). This is inclusive to the tenodesis, so do not report it separately.
Biceps tenodesis, or transferring the attachment of the biceps to the humerus (23430/29828), may be reported separately, according to CPT® Assistant (July 2016), and is not part of a normal rotator cuff repair.

When 29806 Arthroscopy, shoulder, surgical; capsulorrhaphy and 29807 were developed, William Beach, MD, of the AAOS Coding Committee stated the goal was to divide the labrum in half (29807 upper half, 29806 lower half). Ideally, the surgeon documents where on the labrum the work was performed; referencing “clock” positions is the best form of documentation. For example, “The patient had a labrum tear from 11 o’clock to 2 o’clock, with tacks/anchors/etc. placed at 11, 1, and 2 o’clock.” This documentation indicates the surgeon worked on the upper half of the labrum code, and supports 29807.
NCCI now bundles codes 29806 and 29807, and only allows one per shoulder, per session. Per the AAOS Bulletin, for top and bottom repairs of the labrum at the same session, append modifier 22 to the code to acknowledge the additional work performed. Check with private payers, as well as workers’ compensation carriers, to see if they allow either 29806 or 29807 on the same shoulder.
NCCI also bundles 29806 and 29827, and will only allow one of the codes per shoulder, per session.
To indicate procedures on different shoulders, you may use modifiers LT Left side and RT Right side. You can read about this issue under NCCI guidelines, chapter 4.
Remplissage (meaning “to fill in”) is becoming more common for a posterior Hill-Sachs lesion following an anterior dislocation. The surgeon fills in the lesion by capsulodesis and a tenodesis of the infraspinatus. The remplissage is considered inclusive to the Bankhart, according to the AAOS; however, American Hospital Association’s (AHA) Coding Clinic for HCPCS (third quarter, 2016) advises reporting both the capsulorrhaphy (29806) and an unlisted arthroscopy code (29999) for the remplissage procedure. This will come down to payer policy.

Keep Up with Updates

Coders, billers, and surgeons must stay up to date with information from official sources such as the AMA/CPT®, CMS, and specialty societies such as AAOS. Check your contracted payers’ policies quarterly to see if they have changed or updated their requirements.
Resources
CPT® Assistant, 2013, July 2016, December 2016, April 2017
AAOS Bulletin, April 2006
NCCI guidelines, chapter 4: www.cms.gov/Medicare/Coding/NationalCorrectCodInitEd/Downloads/2017-NCCI-Policy-Manual.zip
AHA Coding Clinic for HCPCS, third quarter, 2016

Co-written by Ruby Woodward and Margie Scalley Vaught
Margie Scalley Vaught, CPC, COC, CPC-I, CCS-P, PCE, MCS-P, ACS-EM, ACS-OR, has over 30+ years of experience in the healthcare arena, with 25 of those years in orthopedics. She served as an AAPC National Advisory Board member for over 3 years. From 1998-2014, Vaught has been providing consulting services to CodeCorrect.com/Medassets.com. She also contributes and writes articles for the AAOS Bulletin and other journals. Vaught is a member of the Olympia, Wash., local chapter. 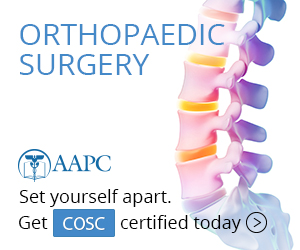 Ruby Woodward
Ruby Woodward, BSN, CPC, CPMA, COSC, CSFAC, CPB, has over 40 years of experience in the medical arena, starting as an orthopedic nurse. She has spoken nationally on various coding and reimbursement issues. Woodward is coding and compliance manager at Suburban Radiology in Minnesota. She also codes and is a consultant for several orthopedic groups. Woodwardu2019s areas of expertise include coding, documentation, policy interpretation, education, data quality, appeals, and denials. She is a member of the AAPC Chapter Association board of directors, served as the 2016-2017 treasurer, and is the 2017-2018 vice chair. Woodward held the offices of president, vice president, and member development officer of the Minneapolis, Minn., local chapter.

No Responses to “Stay Current when Reporting Shoulder Procedures”