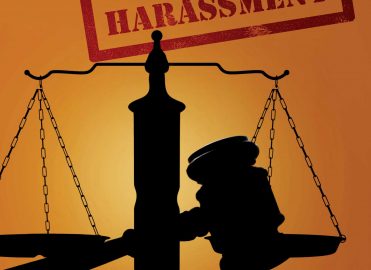 When residency programs are accredited, sexual discrimination and harassment laws may apply.

The U.S. Court of Appeals for the Third Circuit held recently that Title IX of the Education Amendments of 1972 (Title IX) can apply to residency programs at hospitals. The ruling may profoundly affect how hospitals respond to complaints of sex discrimination (including sexual harassment) by resident physicians, and it may necessitate hospitals to comply with federal Title IX regulations and guidance.
Title IX prohibits sex discrimination in the “education programs or activit[ies]” of entities receiving federal financial assistance. The ruling also opens the door for residents to sue under Title IX if they experience sex discrimination. Suing under Title IX avoids the complex administrative exhaustion process required to file a similar claim under Title VII of the Civil Rights Act of 1964, which generally governs sex discrimination in the workplace.

In Jane Doe v. Mercy Catholic Medical Center, the plaintiff participated in an accredited residency program at Mercy Catholic Medical Center. The plaintiff alleged that Mercy had an affiliation agreement with Drexel University’s College of Medicine. As part of her residency in diagnostic radiology, the plaintiff alleged she was required to attend daily lectures and case presentations and had to take a mandatory physics class taught on Drexel’s campus. The plaintiff alleged she was sexually harassed by the director of Mercy’s residency program and that Mercy retaliated against her when she complained. According to the plaintiff, she eventually resigned from the program to avoid termination in retaliation for raising her concerns.
Instead of filing a charge of employment discrimination against Mercy with the Equal Employment Opportunity Commission (EEOC) under Title VII, the plaintiff instead filed suit to recover under Title IX, alleging quid pro quo and hostile environment harassment, as well as retaliation. The district court dismissed the plaintiff’s Title IX claims, concluding that a residency program is not an “education program or activity” under Title IX; and even if it was, the plaintiff could not use Title IX to circumvent the procedural exhaustion requirements in Title VII that apply to sex discrimination claims in the workplace — a view taken by the Fifth Circuit and other circuit courts. On appeal, the Third Circuit acknowledged that the plaintiff likely fell into the category of “employee” protected by Title VII, and that Title VII requires a plaintiff-employee to exhaust certain administrative remedies prior to filing suit. The Third Circuit held that Title VII does not exclusively remediate the plaintiff’s alleged sex discrimination and that she was free to proceed under Title IX, despite not filing a pre-suit discrimination charge with the EEOC.

With regard to the Title IX claim, the Third Circuit reversed the district court’s decision and ordered that it reconsider the claim. In concluding that a residency program can be an “education program or activity,” the Third Circuit first noted that the Civil Rights Restoration Act of 1987 amended Title IX to make clear that “all of the operations” of certain classes of federal funding recipients are “programs and activities,” subject to Title IX’s prohibition on sex discrimination if they are educational in nature. Among the classes of funding recipients are private organizations “principally engaged in the business of providing education, healthcare, social services, or parks and recreation.”
The court determined Mercy’s residency program is an “education program or activity.” The court held that a program or activity is “educational” if it has “features such that one could reasonably consider its mission to be, at least in part, educational.” The determination is based on whether the “defendant-entity’s questioned program or activity has educational characteristics,” not on the plaintiff’s subjective characterization of whether he or she learned something from the program.

Factors that Determine if a
Residency Falls Under Title IX

The court identified several factors that could support a program or activity educational in nature:

In light of its legal determinations, the court concluded that Mercy could be subject to Title IX, noting that the plaintiff alleged sufficient facts to show:
(1) the program required her to learn and train under faculty, attend lectures, help present case presentations under supervision, participate in a physics class on a university campus, and sit for annual examinations;
(2) Mercy held the residency program as a “structured educational experience;” and had the plaintiff completed the program, she would have been able to take and potentially obtain a certification from the American Board of Radiology; and
(3) Mercy was affiliated with Drexel University’s medical school, a “university program plausibly covered by Title IX” in its own right. The affiliation between Mercy and Drexel included courses taught on Drexel’s campus and Mercy’s provision of the “clinical bases” for Drexel’s emergency medicine residency.
The Third Circuit assumed, without deciding, that:

What This Means to You

The Third Circuit’s decision immediately affects hospitals with residency programs in Delaware, New Jersey, Pennsylvania, and the U.S. Virgin Islands because the decision is binding on the district courts in those states. Under Mercy’s reasoning, those residency programs may qualify as education programs and activities subject to Title IX, especially if the sponsoring hospital has an affiliation agreement with a college or university indisputably subject to Title IX. Other jurisdictions also may adopt the Third Circuit’s reasoning, increasing the risk nationwide of medical residents filing sexual discrimination suits against the hospital under Title IX. An immediate result is that hospitals may not have warning of an impending lawsuit as they would through the Title VII EEOC process.
Since 2011, federal agencies, such as the Department of Education, have promulgated formal and informal guidance concerning an institution’s obligation to prevent, investigate, and remediate sex discrimination (including sexual harassment and sexual violence) in education programs and activities covered by Title IX. Although academic medical centers affiliated with a university system may already be aware of and in compliance with this guidance, private hospitals that merely operate residency programs likely are not. The guidance covers a myriad of topics, such as:

Plaintiffs filing Title IX claims against colleges and universities have argued that the department’s guidance sets a standard of reasonableness and that an institution’s failure to abide by such guidance constitutes deliberate indifference, subjecting the institution to Title IX liability. Plaintiffs may, in light of Mercy’s ruling, attempt to extend the reach of such guidance to residency programs. If successful, the effort requires substantial investment by hospitals into building Title IX compliance infrastructure, including policy revisions, training for residents and staff, developing an effective investigation office, and providing support and assistance services to reported victims of sexual harassment and sexual violence.

Roughly 700 hospitals throughout the country operate residency programs accredited by the Accreditation Council for Graduate Medical Education. Hospital administrators responsible for managing residency programs should familiarize themselves with Mercy and work with counsel to determine the likelihood that their program is covered by Title IX. If there is a high likelihood the program is covered, take steps to meet federal Title IX expectations to minimize the risk of future litigation and an adverse verdict.