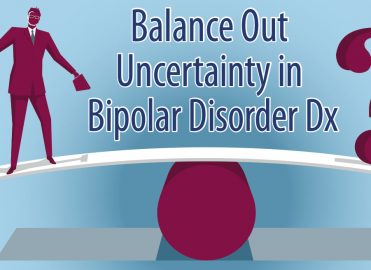 By Mary Massey, CPC, AAPC Fellow
Bipolar disorder is a mental illness that produces “manic” and “depressive” cycles, which can be mild or severe. Individuals diagnosed with this illness often abuse drugs (both illegal and prescription), as well as alcohol, to control symptoms.

It’s a Roller Coaster of Emotions

Symptoms of the manic side of bipolar disorder include extreme energy, euphoria, heightened sexuality (promiscuity), major irritability, enhanced concentration, or lack of concentration. Some of these symptoms can be beneficial: The extreme energy and enhanced concentration, if channeled properly, can be useful.
Symptoms for the depressive side of bipolar disorder include feelings of helplessness, hopelessness, excessive eating (or not eating at all), low self-esteem, or lack of concentration. Suicidal tendencies and thoughts of hurting oneself, or others, are common. Extreme mood swings, from manic to depression, can happen in a moment.
Bipolar disorder can cause conflicts with family, friends, jobs, and life in general. Family education is required to positively affect a patient’s stabilization with the illness. Until educated about this illness, many people do not understand why a person with bipolar disorder acts as they do. Alienating the individual worsens the symptoms and lowers their self-esteem.
Bipolar disorder does not discriminate between men and women. The starting age for diagnosis is between 15 and 25 years old. There is no known cause for the disorder, but it is believed to run in families. Life events such as childbirth or death of a loved one, periods of sleeplessness, and recreational drug use have been known to trigger episodes.

According to the National Institute of Mental Health, there are four types of bipolar disorder:
Bipolar I Disorder is mainly defined by manic or mixed episodes lasting at least seven days, or by manic symptoms so severe the person needs immediate hospital care. Usually the person also has depressive episodes, typically lasting at least two weeks. The symptoms of mania or depression must be a major change from the person’s normal behavior.
Bipolar II Disorder is defined by a pattern of depressive episodes shifting back and forth with hypomanic episodes, but no full-blown manic or mixed episodes.
Bipolar Disorder Not Otherwise Specified (BP-NOS) is diagnosed when a person has symptoms of the illness that do not meet diagnostic criteria for either bipolar I or II. The symptoms may not last long enough, or the person may have too few symptoms to be diagnosed with bipolar I or II; however, the symptoms are clearly out of the person’s normal range of behavior.
Cyclothymic Disorder or Cyclothymia is a mild form of bipolar disorder. People who have cyclothymia have episodes of hypomania that shift back and forth with mild depression for at least two years. The symptoms do not meet the diagnostic requirements for any other type of bipolar disorder.
There is no blood test or physical finding to diagnose a patient’s bipolar condition. Psychologic tests, such as mood disorder questionnaires, can assist with a patient’s diagnosis and level of severity. An actual diagnosis can be obtained only through an in-depth discussion with a provider about the mood swings and activities resulting from those mood swings. Providers must take great care when documenting the specific circumstances of the patient’s condition to ensure valid coding.