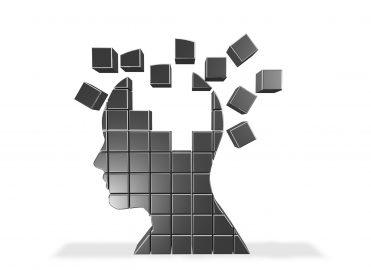 Know the stages, signs, and diagnosis coding of this progressive disease.

By Charlotte Ann Wyatt, CPC, AAPC Fellow
Alzheimer’s disease, named after the physician Alois Alzheimer, is the most common cause of dementia among older people. It is a progressive brain disease that slowly destroys memory and thinking skills. Individuals with advanced Alzheimer’s must depend completely on others for daily living or basic activities.

Alzheimer’s causes abnormal protein deposits that form plaques and tangles, which damage the brain and cause neurons to work less efficiently. It is irreversible. In time, the affected neurons die off and failing brain functions cause other body systems to shut down.
There are three stages of the disease: mild, moderate, and severe:
Mild: Signs of mild Alzheimer’s include memory loss or memory problems, word finding, vision issues, and impaired reasoning or judgment. Individuals may become lost in familiar places, or take longer to perform normal, daily tasks. Most people are diagnosed during this early stage.
Moderate: During the moderate stage of Alzheimer’s, damage occurs in brain areas that control language, conscious thought, and reasoning. The individual may not recognize family members or friends, and may become frustrated or irrational.
Severe: An individual with severe Alzheimer’s likely is completely dependent on others for care. Near the end of life, the person may be in bed most of the time as the body’s organs shut down.
Although the causes of Alzheimer’s are not fully understood, we know that it develops over an extended time and may be influenced by genetics, lifestyle, and environmental factors.

There are treatments for Alzheimer’s, but no cure. Medications can help maintain thinking, memory, and speaking skills and help with behavioral problems. They will not stop the disease — just help the person going through the process of the disease.
Caregivers and family members of Alzheimer’s patients must know the process of this disease and the issues it causes, so they can understand a person who at times feels lost. Compassion is necessary, and becoming well informed about the disease is critical. Twenty-five years ago, scientists knew very little about Alzheimer’s, and since have made great advances in research and understanding the progressive disease.

Charlotte Ann Wyatt, CPC, AAPC Fellow, is a supervisor for coding and education for MdStrategies. She is a multi-specially surgery coder specializing in orthopedics. Wyatt is the vice president of the Moore, Okla., local chapter, and has held several officer positions including secretary, treasurer and new member development.

No Responses to “Maintain Clarity when Coding Alzheimer’s Disease”